Germany has become the latest country to close borders as European nations try to stem the spread of the coronavirus. 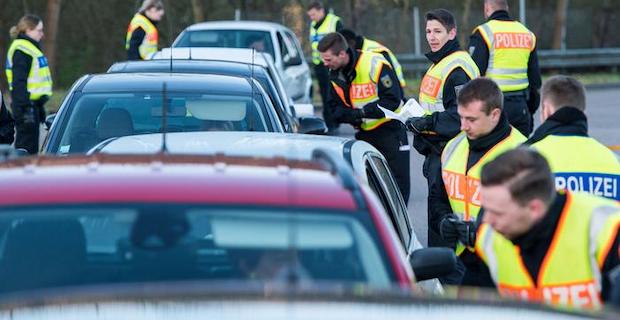 Its borders with France, Austria and Switzerland were shut on Monday morning, except for commercial traffic.  France is considering more stringent lockdowns, with its health chief saying the situation is "deteriorating fast". Latest World Health Organization (WHO) figures list 164,000 confirmed cases and 6,470 deaths worldwide. However, last week it said Europe was now the "epicentre" of the virus and urged governments to act aggressively to control the spread of the Covid-19 disease.

Leaders of the G7 nations are to hold a video conference on Monday to discuss a joint response to the coronavirus pandemic. Central banks around the world, including the US Federal Reserve and those in the UK, Japan, Canada, and Switzerland have cut interest rates and taken other measures to try to curb the economic turmoil, but stock markets in Asia and Europe still fell. The EU's Internal Market Commissioner Thierry Breton said a recession was now expected, with a 2-2.5% negative growth. Airlines are also continuing to slash flights as demand slumps.

Keywords:
German Border
Your comment has been forwarded to the administrator for approval.×
Warning! Will constitute a criminal offense, illegal, threatening, offensive, insulting and swearing, derogatory, defamatory, vulgar, pornographic, indecent, personality rights, damaging or similar nature in the nature of all kinds of financial content, legal, criminal and administrative responsibility for the content of the sender member / members are belong.
Related News