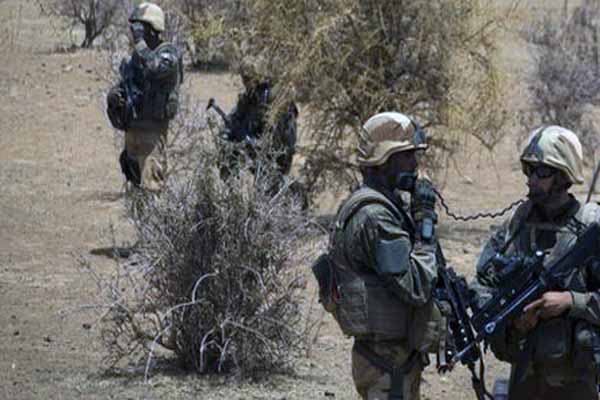 A convoy of 80 lorries will leave a French base outside the capital, Bamako, and drive south to Ivory Coast. France began withdrawing some of its 4,000 troops from the country in April. They plan to gradually hand over to the Malian army and a UN peacekeeping force, which will deploy in July ahead of planned nationwide elections.

It is not known if the attacks will affect French troop deployments.

The French intervention in Mali in January was prompted by Islamist rebels' increasing control of the north and their advance further south towards Bamako.

The militants had taken advantage of weak central government after a coup in March 2012 and the inability of Malian forces to secure territory. Major towns such as Gao, Kidal and Timbuktu fell, and a strict form of Islamic law was imposed.

Within weeks of launching their offensive, French and Malian soldiers, backed by fighter jets and helicopters, forced the rebels out of urban areas. However, some fighters retreated to hideouts in the mountains and desert, from where they have launched isolated attacks.

The convoy leaving Bamako for Abidjan is impressive in its size, but the French insist it is simply carrying equipment and vehicles that are surplus to requirements, our correspondent adds.

Tanks and most heavy patrol vehicles will remain in northern Mali for now.

The United Nations' Multidimensional Integrated Stabilisation Mission in Mali (Minusma) is to be composed of 11,200 soldiers and 1,440 police officers. The force says it will be deployed to help establish stability and to rebuild the Malian armed forces.

Last week, more than $4bn (£2.6bn) was pledged at an international donor conference in Brussels to fund the Malian government's plan for a "total relaunch of the country".