'Freedom and Fair Trial for Journalists' 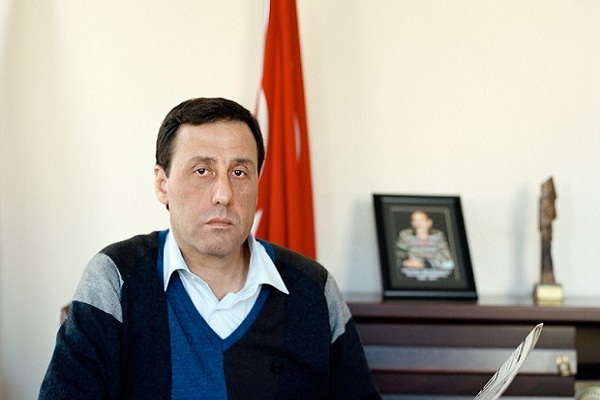 Turkey, nowadays with its 90 sentenced and imprisoned journalists is the largest prison for journalists in the world. Many international journalism organizations, including Reporters without Borders, keep warning Turkey on this matter. Every month, various reports on freedom of speech point out to the country’s failure in terms of the freedom of media.

Freedom to Journalists Platform is a tenet organization that brings together 93 local and national journalism foundations under the ‘Freedom to Imprisoned Journalists’ slogan.

For Centre for Policy Analysis and Research on Turkey (ResearchTurkey), we interviewed the chairman[1] of the Freedom to Journalists Platform, Ercan İpekçi about the platform, its establishment, its aims, and the activities until now, in detail. Ercan İpekçi who worked as journalist before, is also the chairman of Journalists Union of Turkey. While preparing the interview for publication, we noted that, two of the numerous accused journalists in prison, Barış Pehlivan and Barış Terkoğlu, who has been in prison for 20 months from Oda TV trials have recently been released by the court on the conditions of trial without arrest.

“Freedom to Journalists Platform has one single request: Freedom and fair trial for journalists”

A Short Summary of the Interview:

“The Platform’s aim is freedom and fair trial for journalists.”

“The activities of the platform had significant impact within both national and international circles by drawing attention to the troubles created by the ‘long-term arrestments’ of the arrested journalists”.

“If journalists were not taken into the custody first one by one, then by fives, later by tens, their colleagues would not be on the squares today in Ankara and Istanbul chanting they would not compromise the principles of free and independent journalism.”

“The Ministry of Justice still has not shared the statistical information about the cases of investigation, trial, arrestment, and conviction of the journalists neither with public nor the EU”

“After the last releases of the Oda TV case, worries arose, especially among the relatives of the journalists who were still in prison, about whether the remaining journalists were forgotten.”

“We knew how the journalism activities of our colleagues were shown as ‘terrorist crimes’ in the allegation.”

“The political elite should stop charging the journalists, writers, intellectuals, academicians and students, detained due to crimes of thought, with being terrorists, because this is incorrect diagnosis, which overlooks the main cause of the problem.”

“The Anti-Terror Law in Turkey struggles with the civilians and with the public, not with terror or terrorists. All arrestments are justified as ‘catalog crimes’ by defining the daily activities as terrorist activities.”

The Full Text of the Interview:

We are thankful to Mr. Ercan İpekçi, the ex-chairman of Freedom for Journalists Platform and Journalists Union of Turkey. This interview has been conducted by Centre for Policy Analysis and Research on Turkey (ResearchTurkey) Ankara Representative, Ms. Özge Mumcu.

The Platform is chaired on a rotating basis. At the time of the interview, Journalists Union of Turkey and its Chairman Ercan İpekçi held the Presidency. The current Chairman of the Platform is Ahmet Abakay from the Contemporary Journalists Association as of September 2012

[2] J-9/Jounalism-9: This stands for the 9 main principles of journalism

[3] Editorial note: The ministry of Justice did not give approval to the Platform’s visit to Diyarbakır Prison.

[4] The third issue of the Journal has been published on 1 September 2012.