First post-independent leader of Zimbabwe passed away in Singapore, where he was seeking treatment 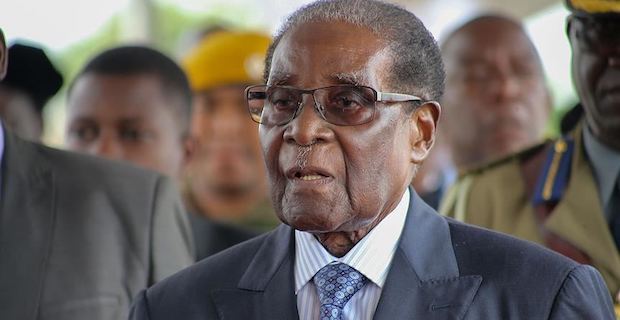 Former Zimbabwean President Robert Mugabe passed away in a Singapore hospital at the age of 95.  “It is with the utmost sadness that I announce the passing on of Zimbabwe's founding father and former President, Cde Robert Mugabe,” Zimbabwe President Emmerson Mnangagwa tweeted early Friday.

The former guerrilla leader turned politician had swept to power in the 1980 elections. He served as prime minister from 1980-1987 and then as president from 1987-2017.

“Mugabe was an icon of liberation, a pan-Africanist who dedicated his life to the emancipation and empowerment of his people. His contribution to the history of our nation and continent will never be forgotten. May his soul rest in eternal peace,” said President Mnangagwa.

Born on February 21, 1924 at Kutama Mission northwest of Harare, Mugabe was enrolled at Fort Hare University in South Africa.

After teaching in Ghana, Mugabe returned to Rhodesia where he was detained for his nationalist activities in 1964 and spent the next 10 years in prison camps or jail. Rhodesia was an unrecognized state in southern Africa from 1965-1979, equivalent in territory to modern Zimbabwe.

Keywords:
Robert MugabeFormer Zimbabwe President Robert Mugabe
Your comment has been forwarded to the administrator for approval.×
Warning! Will constitute a criminal offense, illegal, threatening, offensive, insulting and swearing, derogatory, defamatory, vulgar, pornographic, indecent, personality rights, damaging or similar nature in the nature of all kinds of financial content, legal, criminal and administrative responsibility for the content of the sender member / members are belong.
Related News