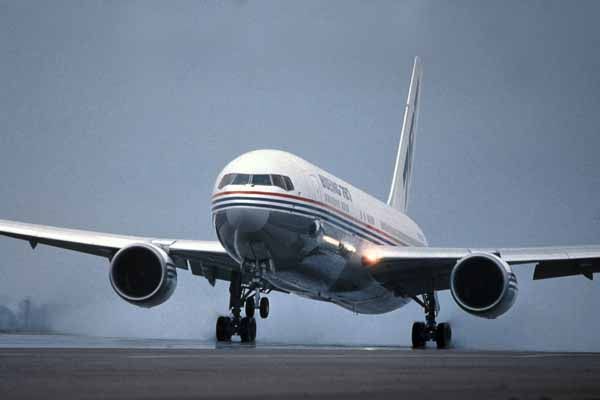 Heathrow reported delays andHeathrow said all its departing flights had been grounded. Other UK airports reported knock-on effects.
Passengers are facing widespread flight disruption after a computer failure at the UK's air traffic control centre.
Nats confirmed a "technical problem" at its Swanwick control centre in Hampshire and said airspace remained opened but restricted.
It said "every possible action" was being taken to resolve the issue.
At Heathrow Airport flights are "currently experiencing delays" and planes could be turned away
Incoming flights to Gatwick are continuing to land and flights are now departing after being grounded earlier
Stansted say it is currently working with Nats to find out how it will affect the airport
One source told the BBC the problem was caused by a computer glitch that co-ordinates the flights coming into London and puts the flights in sequence as they come into land or take off.
He described it as a "flight planning tool problem".
Jump media playerMedia player helpOut of media player. Press enter to return or tab to continue.
BBC journalist Joe Inwood was at Luton Airport when the flights stopped
Manchester Airport said it was unaffected by the incident and was ready to accept diverted flights.
Vicky Lane, a passenger on a grounded London to Dublin plane at Gatwick said: "We've been stuck on a Ryanair flight... for over an hour.
"The doors are open and we're really cold. I'm not sure when we will be leaving."
bbc news
Your comment has been forwarded to the administrator for approval.×
Warning! Will constitute a criminal offense, illegal, threatening, offensive, insulting and swearing, derogatory, defamatory, vulgar, pornographic, indecent, personality rights, damaging or similar nature in the nature of all kinds of financial content, legal, criminal and administrative responsibility for the content of the sender member / members are belong.
Related News