She was admitted to hospital early on Monday after feeling feverish and was placed into isolation in the Brownlee Unit for Infectious Diseases at the city's Gartnavel Hospital, 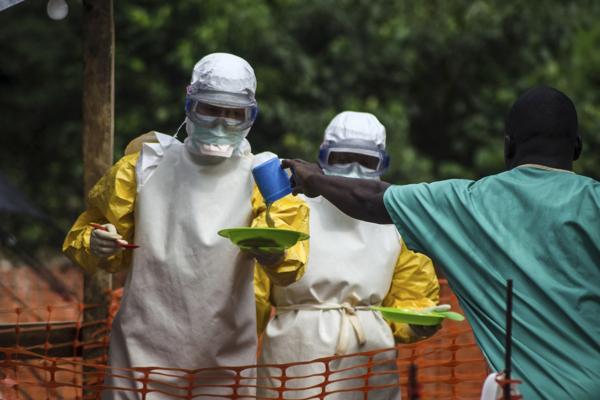 An NHS worker who has been diagnosed with Ebola after returning to Glasgow from Sierra Leone has been moved to specialist facilities in London. The woman, who had been working in Sierra Leone with Save the Children, had been in isolation in hospital in Glasgow since Monday morning and is in a stable condition.

It comes as another patient undergoes tests for possible Ebola symptoms at the Royal Cornwall Hospital, near Truro, after being admitted on Monday evening having returned from a "high-risk" area. The confirmed Ebola patient flew back to the UK via Casablanca and London Heathrow, arriving at Glasgow Airport at around 11.30pm on Sunday on a British Airways flight.

She was admitted to hospital early on Monday after feeling feverish and was placed into isolation in the Brownlee Unit for Infectious Diseases at the city's Gartnavel Hospital at 7.50am.

Ebola in UK: Doctor who sat next to Ebola nurse on plane speaks of shock 30 Dec 2014

The woman was transferred from Glasgow Airport on a military-style plane in a quarantine tent surrounded by a group of health workers in full protection suits, bound for the Royal Free Hospital in north London. A statement on the hospital's website said: "The Royal Free London can confirm that it is expecting to receive a patient who has tested positive for Ebola. The patient will be treated in the high level isolation unit (HLIU)." Health officials are tracing the 71 other people who were on the British Airways flight from London to Glasgow with the woman It is the first time that a case of Ebola has been diagnosed on UK soil.