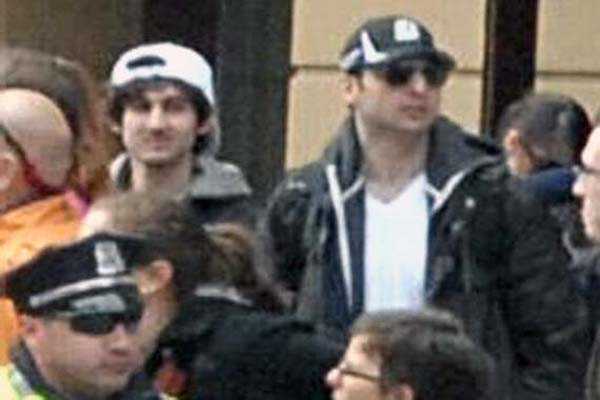 An FBI agent shot and killed a Florida man with suspected links to the Boston Marathon bombings early on Wednesday, NBC News reported. NBC said the suspect was being questioned and was originally cooperative, but was fatally shot after attacking the agent. A friend of the dead man told the Orlando Sentinel and Orlando television stations that he was 27-year-old Ibragim Todashev of Orlando, a Chechen who had previously lived in Boston.. The FBI said in a statement that a special agent, "acting on the imminent threat posed by the individual, responded with deadly force. The individual was killed and the special agent was transported to the hospital with non-life threatening injuries." It said the shooting occurred in Orlando, Florida, while the special agent and other law enforcement agents were interviewing the man about the blasts during the Boston Marathon. Todashev's friend, Khusn Taramiv, said Todashev knew bombing suspect Tamerlan Tsarnaev because both were mixed martial-arts fighters but had no connection to the bombing. "Back when he used to live in Boston, right, they used to hang out," Taramiv told Central Florida News 13. "He met them few times 'cause he was MMA fighter the other guy was boxer, right. They just knew each other that's it."

"We are currently responding to a shooting incident involving an FBI special agent," he told Reuters by email. "The incident occurred in Orlando, Florida. The agent encountered the suspect while conducting official duties. The suspect is deceased. We do not have any further details at this time."

FBI spokesman Dave Couvertier told the Sentinel that "the agent encountered the suspect while conducting official duties," but did not confirm the dead man's identify nor any link to the Boston bombings.

Tsarnaev, 26, died in a gunfight with police. His brother, Dzhokhar Tsarnaev, was found hiding in a boat in Watertown, Massachusetts, four days after the April 15 blasts.

Dzhokhar Tsarnaev, 19, was shot in the throat before his capture and is being held in a prison hospital west of Boston. He faces charges that could carry the death penalty if he is convicted.