British Prime Minister Theresa May congratulated Trump in a statement, adding: “Britain and the United States have an enduring and special relationship based on the values of freedom, democracy and enterprise. 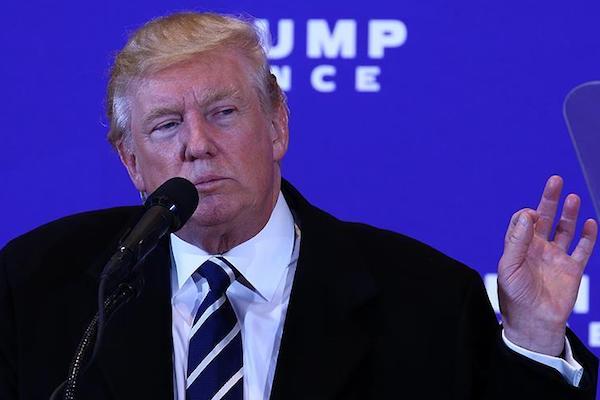 LONDON-British Prime Minister Theresa May congratulated Trump in a statement, adding: “Britain and the United States have an enduring and special relationship based on the values of freedom, democracy and enterprise.

“We are, and will remain, strong and close partners on trade, security and defense.

“I look forward to working with President-elect Donald Trump, building on these ties to ensure the security and prosperity of our nations in the years ahead.”

“Many questions still remain open,” she told public television ARD, adding that during his campaign Trump did not outline a clear foreign policy, and had no extensive talks with European allies.

Von der Leyen said European states want to learn Trump’s position on NATO and relations with Russia, adding that she wants it to “continue to bear its responsibilities”.

She attributed his “shock” election to the frustration of many Americans with Washington and “the protest of people who feel excluded and demand change”.

In a tweet, Spanish Prime Minister Mariano Rajoy congratulated Trump and added: “We will continue to work to reinforce the relationship that unites us with the United States, an indispensable partner".

U.S. leadership is as important as ever in a challenging new security environment, NATO Secretary-General Jens Stoltenberg said in a message on Trump’s victory.

“Our Alliance has brought together America’s closest friends in times of peace and of conflict for almost 70 years. A strong NATO is good for the United States, and good for Europe,” said Stoltenberg in a statement.

Stoltenberg did not address Trump’s campaign statements casting doubt on U.S. participation in the bloc, but said he looked forward “to welcoming him to Brussels for the NATO Summit next year to discuss the way forward”.

Right-wing and far-right European politicians were among the first to react to Trump’s election.

Nigel Farage, the leader of Britain’s right-wing UKIP, said he was “not particularly surprised because the political class is reviled across much of the West, the polling industry is bankrupt and the press just hasn't woken up to what's going on in the world.”

Farage, who campaigned for Trump, told ITV News: “So 2016 is, by the looks of it, going to be the year of two great political revolutions. I thought Brexit was big but, boy, this looks like it's going to be even bigger”.

European financial markets fell sharply at opening Wednesday morning, but appeared to recover ground as trading continued. The euro and Britain’s pound sterling both gained ground against the U.S. dollar in overnight exchanges.

Hajer M’tırı, Ayhan Simsek, and Alyssa McMurtry contributed to this report from Paris, Berlin, and Madrid.