Europe Migration, displaced people and refugees Crisis are Getting Worse

Migrants walked atop a dike as Slovenian riot police escorted them to a registration camp outside Dobova last month. War, drought and more are driving millions of people from their homelands. 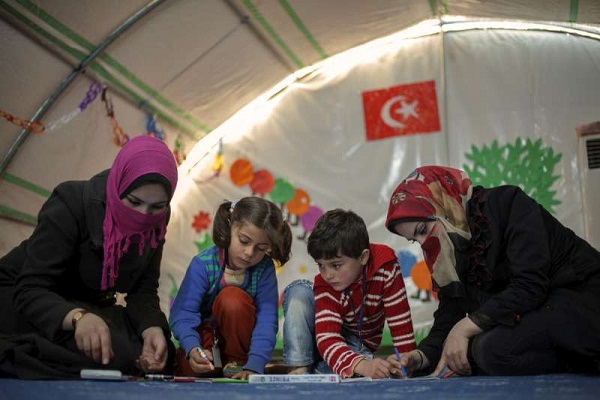 Avrupa Times-London-They arrived in an unceasing stream, 10,000 a day at the height, as many as a million migrants heading for Europe this year, pushing infants in strollers and elderly parents in wheelchairs, carrying children on their shoulders and life savings in their socks. They came in search of a new life, but in many ways they were the heralds of a new age.There are more displaced people and refugees now than at any other time in recorded history — 60 million in all — and they are on the march in numbers not seen since World War II. They are coming not just from Syria, but from an array of countries and regions, including Afghanistan, Iraq, Gaza, even Haiti, as well as any of a dozen or so nations in sub-Saharan and North Africa. They are unofficial ambassadors of failed states, unending wars, intractable conflicts. The most striking thing about the current migration crisis, however, is how much bigger it could still get.

Christian Fabel, the mayor of Sumte, Germany, stands in front of a facility to house asylum seekers from Africa and the Middle East.German Village of 102 Braces for 750 Asylum SeekersOCT. 31, 2015

Migrants in Sentilj, Slovenia, waited to cross into Austria on Tuesday.Austria and Slovenia Trade Threats as Tensions Over Migrants GrowOCT. 28, 2015

What if Islamic State militants are not beaten back but continue to extend their brutal writ across Iraq and Syria? What if the Taliban continue to increase their territorial gains in Afghanistan, prompting even more people to flee? A quarter of Afghans told a Gallup Poll that they want to leave, and more than 100,000 are expected to try to flee to Europe this year.