Europe in deafening silence about July 15

Kawczynski said European capitals, including the United Kingdom, are “in a deafening silence” about what Turkey has been going through 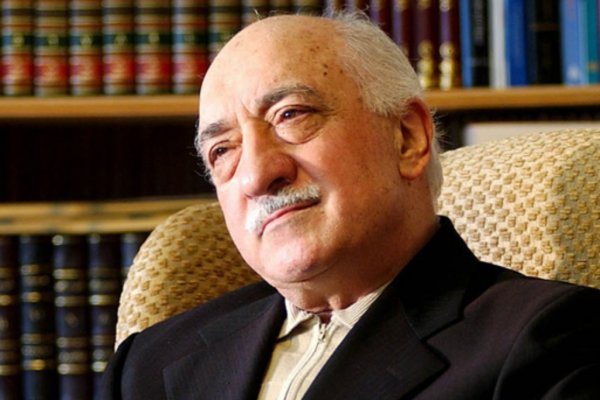 Daniel Kawczynski, member of the British Parliament and the Foreign Affairs Select Committee which is looking into the coup attempt that took place in Turkey on July 15, gave an exclusive interview to TRT World. Kawczynski talked about the developments after July 15 and Europe’s attitude towards Turkey.

Kawczynski said European capitals, including the United Kingdom, are “in a deafening silence” about what Turkey has been going through. He underlined Turkey’s importance for Europe. When asked if the West or the United Kingdom could afford to lose an ally like Turkey, “every reasonable European should be afraid of that possibility,” he answered. Kawczynski added: “We should not take Turkey’s stability and loyalty to NATO for granted. The only thing between DAESH and Europe is Turkey. To lose Turkey would be catastrophic for Europe. Despite the tension between Turkey and Russia after the ambiguous downing of the Russian jet on Turkish border, the Russian President made a quick effort to better relations with Turkey. The two countries were at a problematic point but Russia grasped the significance of having good relations with Turkey. Turkey should never be undervalued. It would lead to disastrous consequences for Western interests. If our counterparts in Turkey feel isolated by the West, it is important that we reassure them.”

Kawczynski addressed European countries that have been criticizing Turkey: “I would like them to stop for a moment and imagine 241 citizens in the United Kingdom being slaughtered by forces who are attempting to destabilize our parliament and overthrow the democratic will of the British people. They need to think about how we would react in such a situation.”

Kawczynski underscored in the interview that despite the investigation being at an early stage, there is no doubt that the Gulen movement was heavily implicated in the coup attempt. He went on record to make another warning, stating that the Gulen movement has certain influence in many parts of the world and European countries are also in danger. Kawczynski also touched upon Turkey’s requests from the USA for Gulen’s extradition. “I hope the US

President will consider Turkey’s requests because Turkey plays a vital part in defeating DAESH in Iraq and Syria. In a recent meeting, our Ambassador in Iraq told me about the important things Turkey did against DAESH. I think the US must hear Turkey’s concerns if it wants to see Turkey not just in the war against DAESH but also standing with it as an important NATO country.”

“Europe must keep Turkey as a strategic partner”

Kawczynski said Turkey has been doing a wonderful job of protecting millions of Syrian refugees and offering them healthcare, and added that the EU has failed in managing the refugee crisis. He said the crisis was resolved thanks to Turkey and Turkey should be kept as a strategic partner.

Reminding the United Kingdom’s decision to leave the EU, Kawczynski said Europe’s stop- start, stop-start approach to Turkish membership is shaming. “Turks have been very patient with the EU. I also think that some bureaucrats in Brussels don’t understand the pressure and troubles that the Turkish Government is facing right now. It is wrong that Turkey is not considered in the same way as other candidate countries,” he said.

Kawczynski announced their plan to come to Turkey in January and deepen their investigation.