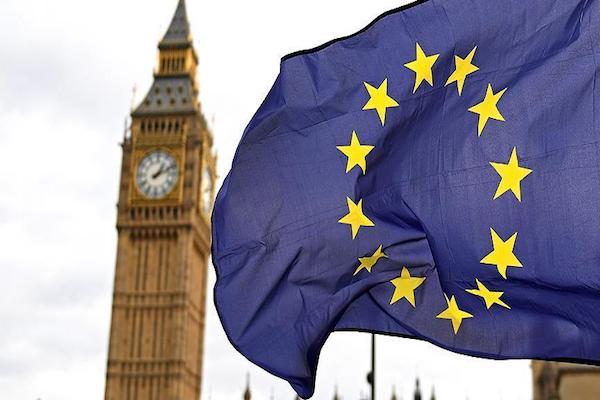 Speaking after a meeting with British Prime Minister Theresa May in London -- where he visited to discuss Brexit with the U.K. government -- Tajani said that the triggering of Article 50 could be reversed easily by the EU member states if there is a change of government after the election. “If the UK, after the election, wants to withdraw [the request to leave the EU], then the procedure is very clear,” he said in an interview, local media outlets, including The Guardian reported. “If the UK wanted to stay, everybody would be in favor. I would be very happy," he said. Tajani told reporters after his meeting with May that they were in agreement on the need for a resolution to the issue of U.K. and EU citizens’ rights after Brexit.

He said: “The message is a positive message. We want to strengthen the citizens’ rights -- European citizens living in the UK and UK citizens living in the European Union. This is the most important message – we want to work together. “Mrs. May underlined this position. It is our position. Here we were both in favour of our citizens. It is a good start, a good beginning; now we need to go for implementation," he said. A spokesperson for May said the prime minister and Tajani agreed the U.K. and EU should continue to have a close relationship after Brexit. They also agreed on the importance of giving "early certainty" about the status of British citizens living elsewhere in the EU and citizens of other member states in the U.K.

On Tuesday, the British premier described her move to call a snap election a "recent and reluctant decision". She also said Britain was leaving the European Union and "there can be no turning back". May had opposed the idea of a snap poll since she came to office following the resignation of her Conservative Party predecessor David Cameron over Brexit. British voters decided to leave the European Union in a referendum last year, signaling the end of the country's 44-year membership of the bloc. Recent opinion polls suggest a clear lead for May’s Conservatives over the main opposition Labour Party.