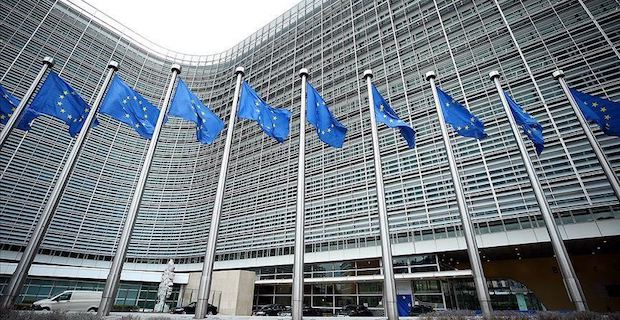 The Maastricht Treaty, which laid the cornerstone of the European Union, on Friday celebrated its 28th anniversary. The treaty which resulted in the formation of the EU as we know it today was signed on Feb. 7, 1992. It gave the name of European Union to the bloc formerly known as European Communities. In doing this, it created lasting relations between member states that go beyond economic partnerships. Great Britain's leave from the bloc cast a shadow on the anniversary given that the U.K. was among the 12 signatories of the treaty.

However, Brexit is not so surprising in the light that the country had an unwilling approach to the European integration even back then.

The international agreement laid the foundations for the euro, confirmed rights for European citizens to freely travel, work and study, and vote for European parliamentary elections in any member state of the bloc.

It established the bloc’s common security and defense policy and institutionalized cooperation in justice and home affairs.

The Maastricht Treaty was agreed through difficult political compromises because it required member states to give up some parts of the national sovereignty for the bloc’s common interest.

The U.K. had been often accused of having a cherry-picking attitude even in the early 90s. The country’s then-prime minister, John Major secured an opt-out from the eurozone and justice and home affairs as well during the negotiations.

Being a result of a political compromise, the Maastricht structure had many imperfections. The eurozone crisis starting in 2009 showed clearly the deficiencies of the common currency system. The EU is still struggling to find its common voice for foreign policy.

But for the bloc, the legacy of the Maastricht Treaty is a source of great pride. Its innovations facilitated the trade and the everyday life of European citizens and brought economic growth, stability, and some sense of European unity.

Keywords:
EUEuropean UnionMaastricht Treaty
Your comment has been forwarded to the administrator for approval.×
Warning! Will constitute a criminal offense, illegal, threatening, offensive, insulting and swearing, derogatory, defamatory, vulgar, pornographic, indecent, personality rights, damaging or similar nature in the nature of all kinds of financial content, legal, criminal and administrative responsibility for the content of the sender member / members are belong.
Related News