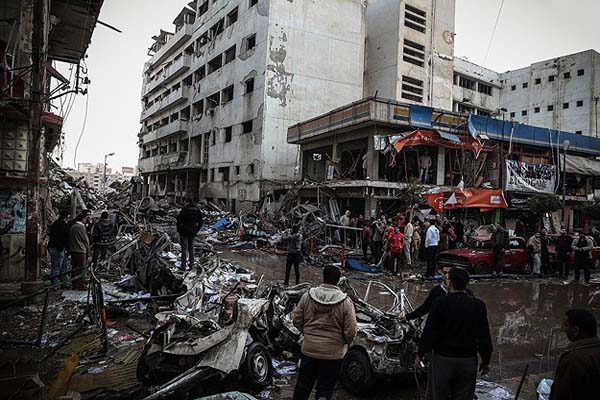 Only hours after an explosion hit a security directorate in the Nile Delta city of Mansoura on Tuesday morning, reports emerged that the Egyptian government had officially designated the Muslim Brotherhood a "terrorist" group.

At least 12 policemen were killed and 134 others injured when a powerful explosion rocked the Daqahliya Security Directorate early on Tuesday, the Interior Ministry said.

The announcement was made "after the group showed its ugly face as a terrorist group that sheds blood and undermines Egypt's security," Shawqi quoted al-Beblawi as saying in an apparent effort to link the group – from which ousted president Mohamed Morsi hails – to Tuesday's deadly explosion.

"The prime minister asserted that these terrorist acts committed by the group would not stop the government from going ahead with implementing the roadmap," Shawqi said, in reference to an army-imposed roadmap for political transition unveiled by the military following Morsi's ouster.

However, al-Beblawi himself said he did not want to "jump into conclusions" regarding the party responsible for the attack.

In September, a Cairo court officially banned the activities of the Muslim Brotherhood, dissolving its affiliated NGO and freezing its assets.

Since Morsi's July 3 ouster by the military, Egypt's new military-backed rulers have launched a wide-ranging crackdown on Islamist figures and groups.

Authorities have detained hundreds of the group's top and mid-ranking leaders, including Supreme Guide Mohamed Badie and two top aides.

Much of Egypt's pro-army media has portrayed the crackdown on the Brotherhood and Morsi's Islamist allies as a "war against terrorism."