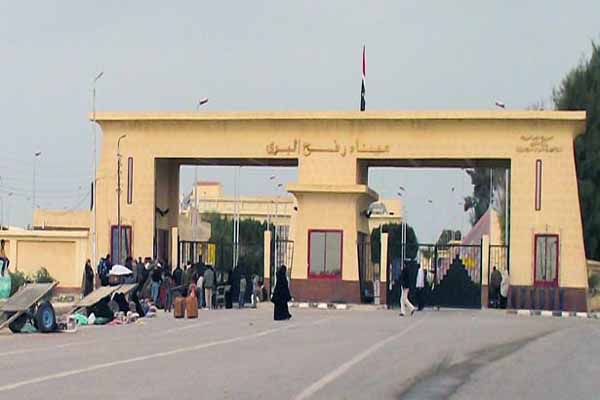 Egypt closed the Rafah border crossing with the Gaza Strip on Saturday, a Gazan official said.

"The Egyptians have told us that they would close the border crossing until a further notice without setting a new date for reopening it," Maher Abu Sabha, head of Gaza's bordher authority, told Anadolu Agency.

But Palestinian Ambassador in Cairo Barakat al-Faraa said the terminal will be opened on Sunday for humanitarian cases.

He expected the terminal will remain open until the end of the week.

Egyptian authorities have not commented until the filing of this report.

The Rafah crossing represents Gaza's only gateway to the outside world. All other points into or out of the coastal enclave remain tightly sealed by Israel.

Egyptian authorities have tightened control over the border with Gaza since the army's July 3 ouster of elected President Mohamed Morsi.

The Egyptian army has also launched a wide-range campaign to destroy the network of underground tunnels linking Gaza to Egypt, which in recent years have been used to smuggle vital commodities into the coastal enclave.