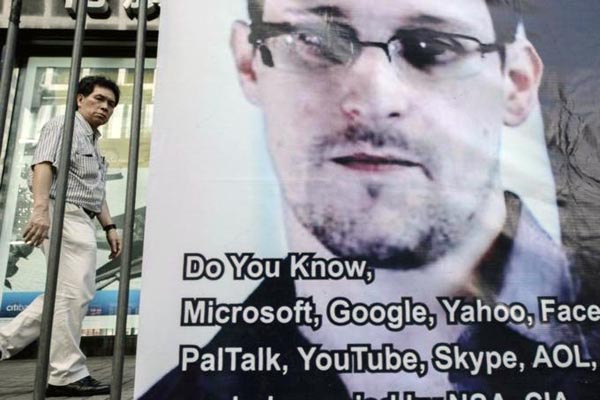 The anti-secrecy group WikiLeaks has said Edward Snowden, the US whistleblower who leaked National Security Agency surveillance programme, is seeking asylum in 20 countries. As Snowden remains in legal limbo at an airport in Moscow, countries have been announcing their responses one after another.  Wikileaks, which has adopted Snowden and his cause, said on its website that their legal adviser Sarah Harrison delivered the requests for asylum to an official at the Russian consulate at the Moscow airport on Sunday. Snowden has applied for political asylum in 20 countries, including India, China, Brazil, Ireland, Austria, Bolivia, Cuba, Finland, France, Germany, India, Italy, the Netherlands, Nicaragua, Norway, Poland, Russia, Spain, Switzerland and Venezuela, Wikileaks has said. Previous requests were made to Ecuador and Iceland. A Russian government spokesperson told the Reuters news agency that Snowden withdrew his request for asylum in Russia after President Vladimir Putin said he was not welcome unless he stopped harming US interests. Not all countries have confirmed they have received the letters, but some have already indicated they will not be responding positively to Snowden’s request.

Poland's foreign minister said he would not recommend granting a request.

"We received a document that does not meet the requirements for a formal application for asylum," Radoslaw Sikorski wrote on his Twitter account. "Even if it did, I will not give a positive recommendation."

A spokesperson for India's foreign ministry said the Indian Embassy in Moscow did receive the application but "see no reason to accede to the Snowden request" after careful consideration.

A Foreign Ministry spokesman said on Tuesday that Brazil will not grant asylum to Snowden, adding that it will leave the request unanswered.

Austrian Interior Minister Johanna Mikl-Leitner told the Austria Press Agency that Snowden would need to submit such a request directly in Austria but would not be deported if he arrived in Austria because "there is no international arrest warrant".

Iceland, Finland, Norway, the Netherlands and Spain have also indicated the application would have to be made in person or on their soil, Reuters news agency reported. Ecuador had previously made a similar statement to Al Jazeera, saying their hands were tied.

Venezuela said it had not yet received Snowden's request but President Nicolas Maduro said the whistleblower deserved the "world's protection".

Bolivian President Evo Morales has similarly said "if there were a request, of course we would be willing to debate and consider the idea."

German Foreign Minister Guido Westerwelle also confirmed Germany had received an asylum request and said it would review it "according to the law”. Germany and Italy remain the only European countries that have acknowledged receiving the request but have not rejected it, though Westerwelle said he "could not imagine" that the request would be approved.

France and Switzerland have said they have not received any requests. France’s foreign ministry spokesman Philippe Lalliot told AFP news agency that “a request has to be made within the country, but in some cases a temporary document can be issued so the person can travel to France to make the application.”

China and Ireland have refused to comment on the case.