Sheeran, already the most searched-for male celebrity on Google, may well see his career scale further heights in 2015, 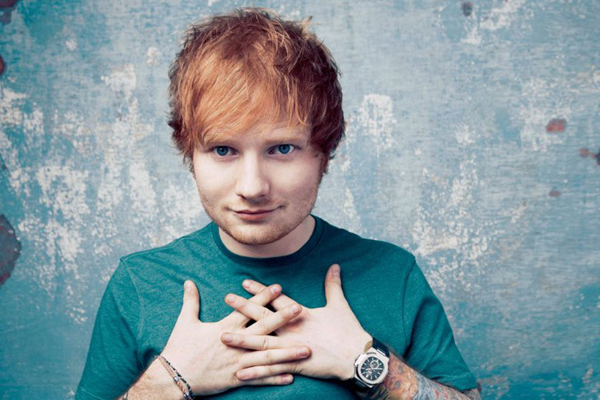 Sheeran, already the most searched-for male celebrity on Google, may well see his career scale further heights in 2015, with two Grammy nominations and three nights at Wembley Stadium in July – two of which are sold out. Performing with only a backing band, loop pedal and an acoustic guitar, he is about to pull off the biggest busk of all time.

Nice guys finish last, so the saying goes. There is one man, though, whose recent chart success seems to challenge that maxim. Official figures show that Ed Sheeran, who has persisted with his scruffy image and simple songwriting, was the biggest-selling artist of 2014 with his second album, X. He is Britain’s biggest export since Downton Abbey. So how did Sheeran, a relatively normal bloke, making relatively normal music, manage to become Britain’s biggest-selling artist? Niceness alone, of course, doesn’t account for his blockbuster success with album X; it sold 1.7m copies in 2014 in Britain, one of only two releases to beat the 1m mark, and has had over 430m streams worldwide since its release in June – more than any other artist globally. Perhaps it is more thanks to Sheeran’s skills in balancing his guise as the bastion of shabby student authenticity with the role of mercurial businessman – not to mention a fierce sense of underdog ambition. A bit of luck helps, too. The initial spark for Sheeran’s stratospheric success can be traced back to two chance events. The first occurred during an impromptu LA trip in 2010, which led to a friendship with the actor and musician Jamie Foxx. Foxx saw Sheeran play and ended up providing him with exposure in the US on his radio show, The Foxxhole. That same year, Sheeran’s music was noticed by the web mogul Jamal Edwards, whose online channel SB.TV has shone a light on the wealth of talent emerging from the UK grime scene. The SB.TV connections led to Sheeran collaborating with established grime artists including Wiley, JME and Sway, while he simultaneously worked the grind of indie venues in London, performing 300 shows in 2010 alone.