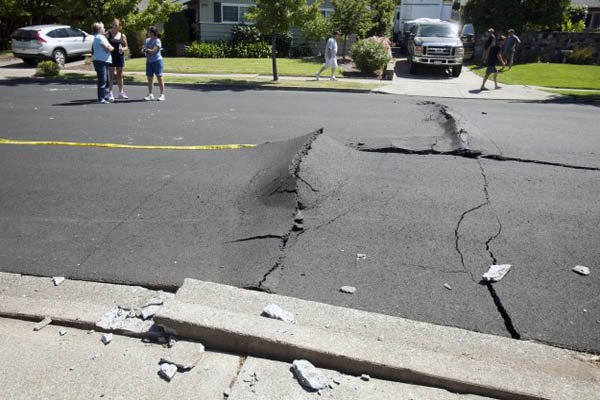 Residents of northern California will awake Monday to a day of recovery and damage assessment following an earthquake that jolted the area around Napa Valley early Sunday, injuring perhaps as many as 160 people. No deaths were reported. But three people, including a child, were reported to be in critical condition.   "It was dreadful and shaky," said Jennie Lathum. She said she heard roaring sound before the quake occurred. The U.S. Geological Survey said epicenter of the earthquake, which took place at 3:20 a.m. Sunday, was about six miles southwest of the city of Napa. Napa is about 45 miles (72 kilometers) north of San Francisco. The quake was reported to have caused extensive damage. CNN reported that nearly 160 people had been treated for minor injuries at the emergency room at Queen of the Valley Hospital, though hospital officials said they could not confirm that all of those patients had been injured in the quake.

Some residents of the area said that at first they did not know what was causing the violent shaking.

"I was not aware that an earthquake occurred," Rodi Yildiz, a businessman of Turkish descent told The Anadolu Agency. "The electricity went off and I was waiting for the collapse of the walls."

"Thank God nothing deadly happened and everyone was all right," Yildiz said.