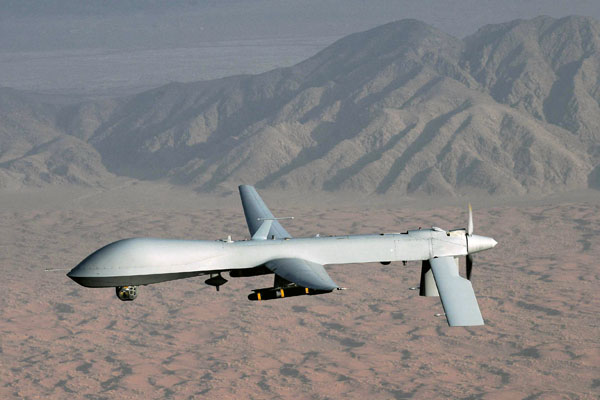 A U.S. drone strike killed nine people in northwest Pakistan, security officials said, prompting newly sworn-in Prime Minister Nawaz Sharif to summon America's envoy on Saturday to protest against such attacks. The missile strike, on a compound near the Afghan border in the North Waziristan region late on Friday, was the first U.S. drone attack in Pakistan since Sharif was sworn in on Wednesday. There was no information about the victims. In his inaugural address, Sharif called for an immediate end to the U.S. drone strikes. Pakistan's Ministry of Foreign Affairs said the demand for an immediate halt to the attacks was repeated on Saturday. "It was conveyed to the U.S. charge d' affaires that the government of Pakistan strongly condemns the drone strikes, which are a violation of Pakistan's sovereignty and territorial integrity," the ministry said in a statement.

"The importance of bringing an immediate end to drone strikes was emphasized." President Barack Obama said last month the United States would scale back drone strikes, only using them when a threat was "continuing and imminent". Drone casualties are difficult for journalists to verify.