Donald Trump says the government should get a cut from the sale of TikTok's US unit if an American firm buys it. 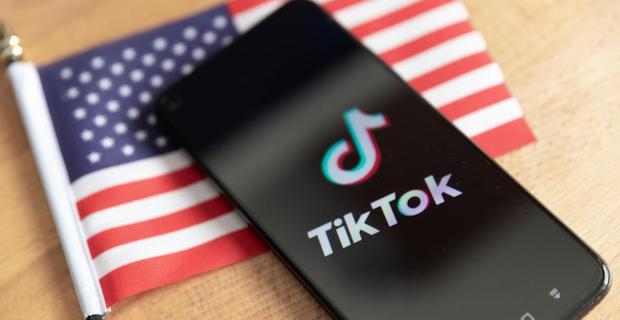 The US president said he made a demand for a "substantial portion" of the purchase price in a phone call at the weekend with Microsoft's boss. He also warned he will ban the app, which is owned by China's ByteDance, on 15 September if there is no deal. ByteDance is under pressure to sell its US business after Mr Trump threatened a crackdown on Chinese tech companies.

The Trump administration has accused TikTok and others of providing data to the Chinese government, which Beijing and TikTok deny. "The United States should get a very large percentage of that price, because we're making it possible," Mr Trump said.

"It would come from the sale, which nobody else would be thinking about but me, but that's the way I think, and I think it's very fair," he added.

The request for payment to the US Treasury further complicated negotiations as legal experts highlighted that such a demand to secure regulatory approval for a takeover deal would be highly unorthodox.

Nicholas Klein, a lawyer at DLA Piper, said generally "the government doesn't have the authority to take a cut of a private deal through" the Committee on Foreign Investment in the United States, which is the inter-agency committee that reviews some foreign investments in the US.

The state-run China Daily newspaper said on Tuesday that Beijing would not accept the "theft" of a Chinese technology company.

It also warned in an editorial that China had "plenty of ways to respond if the administration carries out its planned smash and grab".

Speaking to the BBC's Today programme, she said: "I hate to say this but it is kind of almost Mafia-like behaviour - threatening a ban which pushes down the price then saying 'oh we should get a cut of that deal afterwards to say thank you for what we've done there'.

"It is extraordinary behaviour as well because last week we had lawmakers in the US trying to look at whether tech companies are too big and now we've got Trump trying to make one of them even bigger so it is a really, really bizarre situation to be in."

Talks over a potential deal looked to have been derailed on Friday when Mr Trump said he opposed Microsoft buying TikTok's US business.

While Mr Trump now giving his approval to a possible takeover is a major shift in the White House's position, the tight deadline for talks is another major hurdle for any potential deal.

Keywords:
Donald TrumpMicrosoftTikTokMicrosoft TikTok Deal
Your comment has been forwarded to the administrator for approval.×
Warning! Will constitute a criminal offense, illegal, threatening, offensive, insulting and swearing, derogatory, defamatory, vulgar, pornographic, indecent, personality rights, damaging or similar nature in the nature of all kinds of financial content, legal, criminal and administrative responsibility for the content of the sender member / members are belong.
Related News