What happened at the Domino's store to the manager 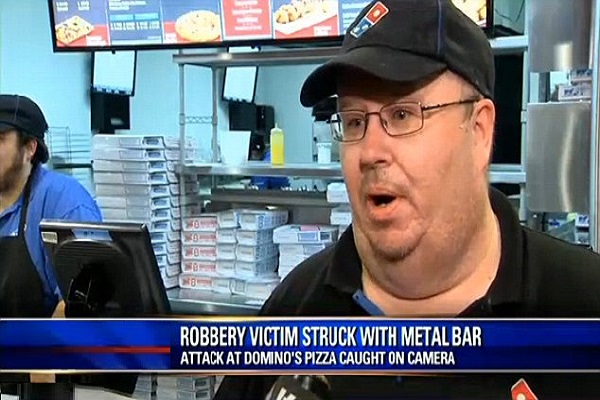 A Domino's Pizza manager was struck on the head with a metal bar during a robbery in Arizona that was caught on surveillance camera. Jody Thompson, the manager, is seen being hit on the back of his head with the bar as the burglar demands all of the money from inside the Phoenix store on Tuesday night. He survived the blow to his head which left both swelling and a scar, as police have released the footage in an attempt to help find the robbery suspect. (www.dailymail.co.uk)