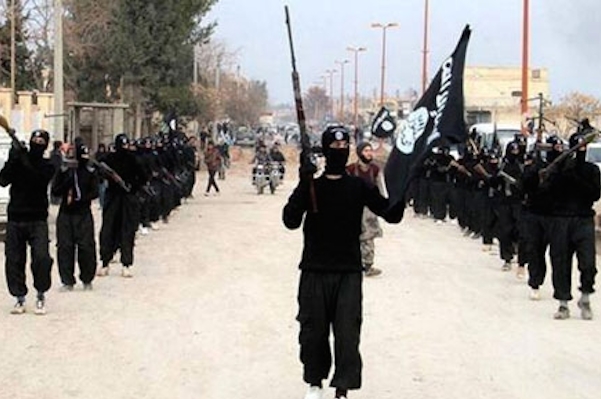 Militants led by the so-called Islamic State group executed seven civilians in the northern province of Nineveh, a health official said Thursday.
"Islamic State militants brought in seven civilians shot in the head and said they had executed them," Walid Jasim, a doctor at Al-Jomhouri Hospital in Mosul, told The Anadolu Agency.
Jasim said the Islamic State group, known by the initials IS, also killed seven people in a separate execution on Wednesday.
Sources affiliated with the Peshmerga, northern Iraq's armed forces, said Kurdish forces had launched a broad operation -- backed by the U.S. -- in a bid to retake the Zummar and Ayn Zale regions, close to Iraq's border with Turkey, from the militant group. The militants seized the two oil-rich regions on August 3. For months, the Islamic State has been overrunning swathes of both Syria and Iraq, declaring an Islamic caliphate and driving an estimated 1.2 million Iraqis from their homes. Its militants have particularly targeted Shia Muslims, Turkmen, Ezidis, and Christians.