Did we just witness the end of Russell Brand 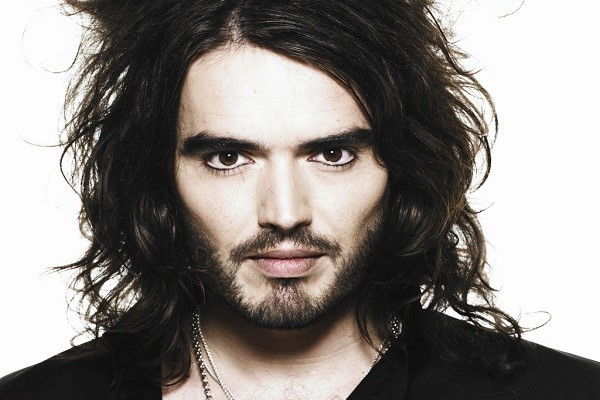 The comedian shrivelled like a used prophylactic on Question Time Last night there was a comedian on Question Time. There's always some joker on it, of course, and usually it's Nigel Farage or one of his foot soldiers from the Squadron of Things You Don't Need To Worry About Just Because Nigel Does.

But this week Nigel was actually shunted up the QT food chain a notch by the presence of Russell Brand, a man whose principal talent is being able to use a thesaurus and impress everyone under 20.

There were a couple of politicians on it, and a journalist who treated them all with utter disdain as those of my trade always should, and even though there were three women for once (WOW!) and one of them talked about cocks in Parliament for a bet (HA HA OMG) they faded into the background of what was billed as a modern-day Rumble in the Jungle. On the far right in the 'c*** chair', Nigel Farage, the man who is scared of immigrants and foreign languages and Europe but somehow married a German.

Somewhere on the middle left, cushioned kindly between two women who didn't show the least interest in sleeping with him, Russell Brand, a celebrity who has recently become renowned as an activist, polemicist, a millionaire who wants to be the voice of the downtrodden masses.

BBC One Question TimeGuests on Question Time were Russell Brand, Nigel Farage, Camilla Cavendish of The Times, Mary Creagh, MP and Penny Mordaunt, MP Who would win? What would happen in this great clash between the culture of the 1950s and the culture of OK! magazine? Two men who are, undeniably, good at TV, on a TV show everyone watches, arguing about politics which even those of us who can't be bothered to vote love to argue about. And my word but it was rubbish.

If this was a fight for the title of Champion British Political Irritant (Lightweight Class) then Nigel barely got off his stool and Brand spent his time wandering aimlessly around the ring staring aghast at the audience.

Question Time is an intimidating show to be on - I know, I've done it twice and both times revised myself into a near-cardiac arrest with anxiety. And while Nigel has had practice at it Brand has not. RexRussell BrandRussell Brand being a cock

Brand is used to being cock of the walk, a stand-up on a stage in control of and physically above an audience who have paid money to hear him rant.

He is used to deciding what happens next, learning 40 minutes of material, and putting down hecklers. He is used to interviews with journalists who suck up to him, and women who react to a glimpse of his toastrack chest by instantly dropping their knickers.

He is not used to David Dimbleby, who is twinkly but fiercely intelligent and frightening when he turns that Bullingdon-blue gaze on you and asks you to justify whatever throwaway comment you just made while fumbling for your point.

He is certainly not used to having the object of his comments sitting next to him. I found it particularly disconcerting and it made me more polite to the Tories, although as I am usually only polite when utterly furious it worked in my favour.