Detroit, once a symbol of US industrial power, filed for bankruptcy, with debts of $18.5 billion on Thursday, making Detroit the largest city in US history to do so. 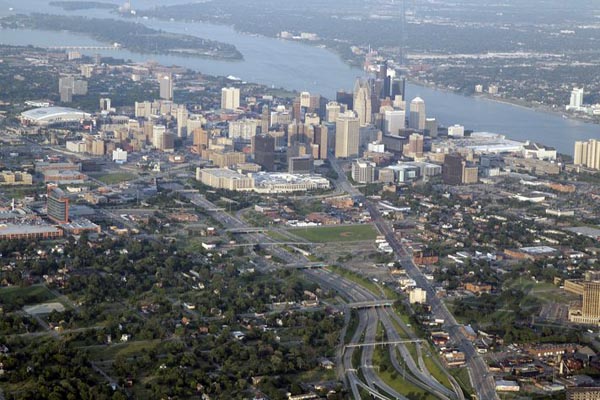 The US city of Detroit, once a symbol of US industrial power, filed for bankruptcy, with debts of $18.5 billion on Thursday, making Detroit the largest city in US history to do so. Michigan Governor Rick Snyder approved Detroit's Emergency Manager Kevyn Orr's request to file bankruptcy protection. "The fiscal realities confronting Detroit have been ignored for too long. I'm making this tough decision so the people of Detroit will have the basic services they deserve and so we can start to put Detroit on a solid financial footing that will allow it to grow and prosper in the future," said Snyder. "This is a difficult step, but the only viable option to address a problem that has been six decades in the making." Snyder had named Orr back in March to cope with the city's long-term debt, which is approximately $18.5 billion. Detroit has issued state-backed bond to meet payroll for its nearly 10,000 employees in recent months. The population of Detroit has decreased by 28 percent since 2000 and its 78,000 buildings have been abandoned, which reduces the quality of life in the city. Also the city's murder rate is at its highest in nearly 40 years and Detroit is known as one of the most dangerous cities of the US.