Then we saw Bussell pootling through Rome in a little blue convertible, talking to the paparazzo who had snapped Hepburn and to the artist who had pancaked her face during the filming of Roman Holiday, 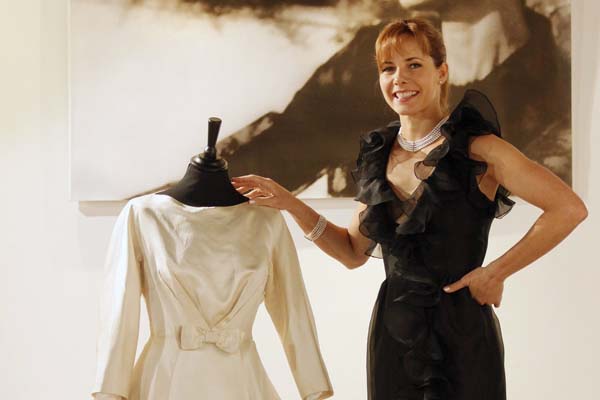 This was a journey to discover the “Audrey who has always inspired and intrigued”, Bussell told us. Is it possible that all of us don’t already know everything there is to know about Audrey Hepburn? Well, yes and no. The problem with profiling cinematic icons such as Hepburn is that we have all soaked up information over the years via cultural osmosis. You could probably select her as your Mastermind specialist subject with only a cursory internet search to refresh your memory. So yes, most of us already knew she was born in Belgium. But, ooh – her dad was British and Irish? Interesting! And yes, we knew she had begun her performance career as a dancer. But that she was a student at Ballet Rambert in London a few years ahead of Vanessa Redgrave? What a tidbit! And so on, and so forth.

Along with Bob Marley and Che Guevara, another figure adorns the walls of too many student halls of residence up and down the country. No, not the “hang in there, baby” motivational poster kitten, but Audrey Hepburn. She smirks down from the magnolia in her Givenchy dress and string of pearls, cigarette holder at a jaunty angle. “The person who bought me at the freshers’ fair hasn’t even seen Breakfast at Tiffany’s,” her dancing eyes always seems to be saying. “But it’s fine. This is my place in the culture.” From Darcey Bussell’s Looking for Audrey (BBC1), one suspects the Strictly judge probably had a tasteful A5 Audrey poster in her own student house. While we waited for such stand-out details, we lurched between enjoyable cliche and warm fangirling. So Bussell began the “early life” segment with the stock statement: “the journey to stardom began with trauma”, and talked us through a father abandoning his family, the outbreak of the second world war (which found her studying ballet in the Netherlands), and the young Hepburn surviving what is called the Hongerwinter by grinding up tulip bulbs in the Dutch city of Arnhem to make “flour”.

Then we saw Bussell pootling through Rome in a little blue convertible, talking to the paparazzo who had snapped Hepburn and to the artist who had pancaked her face during the filming of Roman Holiday. It was a little treat to see Bussell describe her own eyes as a “khaki, shitty colour” right after the makeup artist declared them identical to Hepburn’s.