EU High Representative for Foreign Affairs and Security Policy met with the president of the regional administration northern Iraq Massoud Barzani and Nechirvan Barzani in Irbil. 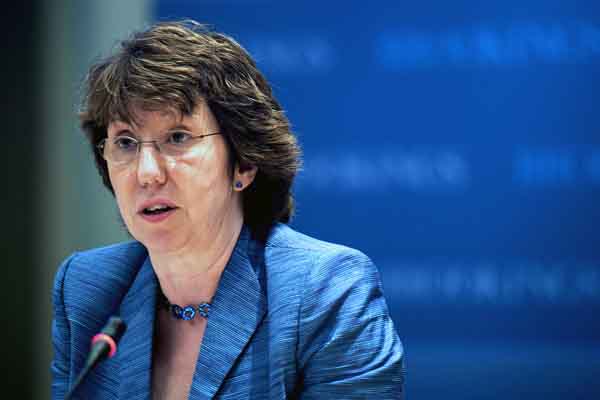 European Union High Representative for Foreign Affairs and Security Policy Catherine Ashton on Monday met with the President of the regional administration in north of Iraq Massoud Barzani in Irbil.  Prime Minister of the regional administration in north of Iraq Nechirvan Barzani and Deputy Prime Minister Imad Ahmad were also present at the meeting held closed to press in Irbil, sources said. Stating that the people were attempting to set themselves free of violence, Massoud Barzani said, "Our current situation now is a result of our will to live together in peace," adding that they never wanted to clash with the Baghdad government. "None of our policies conflict with the Iraqi Constitution," Nechirvan Barzani said, adding, "We haven't done anything conflicting with the law in terms of oil and energy. Incomes of Iraq are the common property of its people." Touching on the situation in Syria, Nechirvan Barzani informed Ashton on the current situation of Syrians and emphasized EU to be more actively involved.  Ashton expressed they were pleased with the level Kurdish people has reached and said, "I hope the past sorrows would never repeat." Ashton also stated that Iraqi Prime Minister Nouri al-Maliki's Irbil visit was an indication of dialogue between Irbil and Baghdad and it meant a lot for the future of the region.