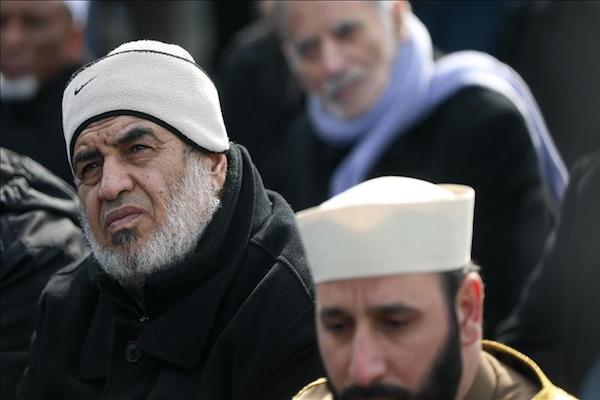 The motion, M-103, was tabled in Parliament by MP Iqra Khalid, a Muslim.

It asked the government to “recognize the need to quell the increasing public climate of hate and fear”, and condemn Islamophobia, along with other racist and religious discrimination, according to the Canadian Press wire service.

It was endorsed by the National Council of Canadian Muslims that previously called on Members of Parliament to support the motion in light of the recent shooting at a Quebec City mosque where six were Muslims were killed and 19 injured, CTV television news reported.

The motion is non-binding, meaning it is not enshrined in law and is more of a guideline, but is an important symbolic rejection of “discrimination and prejudice against Muslims”, said Conservative MP Michael Chong.

But Chong's Conservative colleagues were worried the motion could lead to infringement on free speech, that the motion does not define “Islamophobia” and might also prove problematic to Canada’s ability to denounce terrorism.

“Motion 103 will not prevent anyone from criticizing Islam or radical Islamic terrorists,” Chong said, as reported by CTV.

There is also criticism that one religion is being singled out for special treatment.

But Khalid said the motion tackles more than just Islamophobia and by passing the motion, the government recognized the need to speak out.

“We need to recognize that we have a problem and we need to tackle it,” Khalid said, as reported by the Canadian Broadcasting Corporation.

To prove her point, Khalid told the House of Commons on Thursday she has received more than 50,000 emails, many of them containing discrimination or threats.

I have asked my staff to lock the office behind me as I now fear for their safety," she said, as reported by the CBC. "I have asked them not to answer all phone calls so they don't hear the threats, insults and unbelievable amount of hate shouted at them and myself."

The motion also calls for the formation of a committee to study how the government could institute measures to fight racism and collect more data for hate crime reports.

Before the debate, the Liberal government took the unusual move of holding a press conference in the foyer of the House of Commons. Cabinet Minister Melanie Joly said the government is throwing its “strong and clear support” behind the motion.

“There is no place for hatred and no tolerance of abuse,” Joly said.