Canada says no room for Assad in Syrian peace 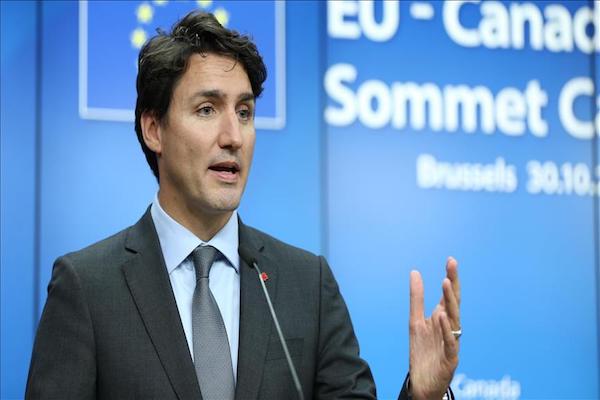 "I think there's no question that the medium- and long-term future of a peaceful Syria no longer includes Bashar al-Assad,” he said during a visit to France to commemorate Canada’s war dead. “We need to move as quickly as possible towards peace and stability in Syria" that does not involve Assad, Trudeau said. Last week, the Canadian prime minister said he fully supports U.S. President Donald Trump’s strike against a Syrian air base in retaliation for a chemical weapons attack in Khan Shaykhun, Idlib. That attack killed at least 100 people, according to Syrian opposition sources. On Monday, Trudeau went a step further and declared that Canada was ready to increase its sanctions against Russia because of its backing of the Syrian regime.

“I think Russia needs to be made aware of its responsibility in the bloody actions last week by the Assad regime,” Trudeau said. The U.S. fired 59 Tomahawk missiles late Thursday (early Friday GMT) on the Shayrat Airfield that American officials believe was used to launch the Khan Shayhkun attack. The broader six-year Syrian conflict has resulted in the deaths of hundreds of thousands of people and the displacement of millions. A UN-mediated peace process in Geneva has yielded few results since 2012, while the Security Council has been hamstrung by Russia, a permanent member, shielding the Syrian regime from international repercussions.