Canada calls on Russia to halt 'invasion' in Ukraine 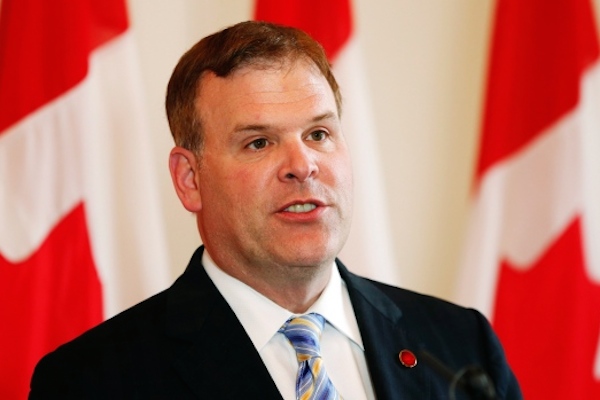 Canadian Foreign Minister John Baird has said Russia carried out a "very active intervention" in Ukraine, claiming its crossing into Ukrainian soil showed an acceleration of the “invasion”. "Russia should immediately cease its assault in Ukraine and respect the country’s borders and territorial integrity," said Baird in a statement issued on Thursday. Describing actions by Russia in Ukraine as unacceptable, irresponsible and reckless, Baird also slammed Russian President Vladimir Putin for his speeches on a ceasefire at a recent summit in Minsk while his troops were operating in Ukraine.
Putin and Ukraine's president Petro Poroshenko failed to reach a concrete agreement over the crisis in eastern Ukraine after talks at the summit held in the Belarus capital on Wednesday.
Ukraine's National Security and Defense Council held an emergency meeting chaired by Poroshenko late on Thursday. Council chief Valentin Nalivaychenko called on his nationals not to believe in “false” pro-Russian stories published on the Internet, which could lead them into a panic.
"Necessary measures were taken against Russia's propaganda," said Nalivaychenko and called on Ukrainian and international reporters to abide by standards of true-news broadcasting.
Defense Minister Mikhail Koval said his ministry had decided to resume recruiting soldiers for the army in Autumn as part of measures to defend the country's independence and territorial integrity. The Russian Defense Ministry has denied allegations regarding the Russian invasion into eastern Ukraine whereas NATO published on its web page satellite imagery showing what it says are Russian combat troops inside Ukraine. The four-month conflict has seen government forces gain the upper hand in recent weeks, with the separatists increasingly being hemmed in around Donetsk and Luhansk. This has been accompanied by claims from Ukraine that Russia is propping up the separatists with weapons and military support.