BUSINESSES SHOULD DECIDE HOW MUCH THEY PAY IN BUSINESS RATES 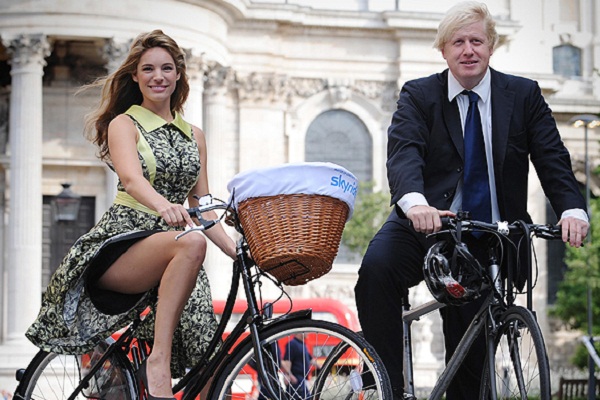 The Local Government Association said plans to allow councils to retain 100 per cent of business rates by 2020 makes it imperative for even further reform to protect councils from the growing and costly risk of appeals and ensure businesses are happy with what they pay. Almost 900,000 businesses have challenged their business rates bill since 2010 with around 330,000 appeals yet to be decided. Local taxpayers have to fund half the cost of any backdated refunds. Councils have been forced to divert £1.75 billion from local services to cover the risk of appeals and refunds over the past five years.

By 2020, local authorities will be liable for 100 per cent of refunds and would need to divert even more of their limited resources when the next national revaluation takes place in 2017.

Recent damaging appeals include Virgin Media’s attempt to merge business rates payments across the country at a potential cost to councils of £225 million and Hartlepool Power Station’s recent success in getting its £33 million annual rateable value halved.

A handful of GP surgeries also recently secured a landmark legal ruling to reduce their rateable value by more than 60 per cent. It is a case which could have significant consequences nationwide with a further 1,600 similar GP surgery appeals still to be resolved across the country.

The LGA, which represents more than 370 councils in England and Wales, is calling for the Spending Review to hand businesses the right to self-assess their own valuation, currently determined by the Valuation Office Agency, but then only be able to challenge their bill for three months once it is finalised.

This would ensure businesses pay a rate they think is fair and can still challenge their bill, hands councils greater certainty about income and reduces the risk of refunds, cuts down on government red tape and bring business rates in line with other self-assessment taxes, such as VAT.

“It is clear that no-one is happy with the way business rates are being calculated. The sheer scale of appeals means businesses are fed up with being issued a bill with no input into how much they pay.

“Councils currently have to fund half of all business rates refunds and are already putting billions aside to cover the financial risk and uncertainty arising from the huge volume of appeals. This means vital resources being diverted away from stretched local services, such as caring for the elderly, supporting businesses and boosting local growth.

“By 2020, local government will retain all of its business rates income which will be provide a vital boost to high streets and investment in infrastructure and public services. However, it will also mean councils will be liable for 100 per cent of refunds. This makes reform of the appeals system even more urgent to protect councils from the growing and costly risk of appeals and ensure businesses are happy with what they pay.

“Councils will face £10 billion in cost pressures by the end of the decade, even before the possibility of any further funding reductions in the Spending Review.

“Every penny will count to give councils the best chance of protecting services over the next few years. Our self-assessment business rates proposals would free them to use the money put aside to cover the risk of appeals to fund vital services and help plug growing funding gaps.”

1.    ‘Spending Smarter: A Shared Commitment’, the LGA’s 2015 Spending Review submission can be read here. It includes the LGA’s proposals for reform of the business rates system:

·         The Valuation Office Agency determines the rateable value of a business based on their estimated annual rent. This value is used to determine the amount of business rates they pay to their local council. The last government postponed the revaluation due in 2015 so that it will now come into effect in 2017.

·         The LGA is calling for businesses to be able to submit their own assessment of their own rateable value to the VOA in the lead up to the 2017 valuation.  This could be done online. It would then be down to the VOA to appeal that valuation.

·         The VOA would continue to assess the rateable value of any business choosing not to self-assess but those businesses would only have three months to appeal.

·         Almost all appeals argue that the valuation should be reduced. If instead challenges were for increases in valuation it would reduce this risk of refunds needing to paid out by councils.

·         The policy would not lead to a reduction in income from business rates since the multiplier - the pence in the pound - would automatically be set so that any new valuations would still produce the same total yield.

·         Hartlepool Power Station recently saw its £33 million rateable value halved after an agreement with the VOA. West Somerset has seen a similar halving in its rateable value.  A series of ongoing appeals on power stations, for example in Peterborough and South Holland, present a continued financial threat to their local councils.

·         Virgin Media is currently arguing it should be allowed to merge the business rate payments for its broadband fibre optic network, which it currently makes to 68 councils, into one single payment. Councils affected are having to put aside an estimated £225 million to cover the risk of this speculative appeal.

·         A recent court ruling in Sheffield suggests the average valuation of purpose build doctors’ surgeries should be reduced by an average of 62 per cent. A further 1,600 similar appeals are still to be resolved nationwide. Councils in Worcestershire along estimate they could be liable for £13 million in refunds.