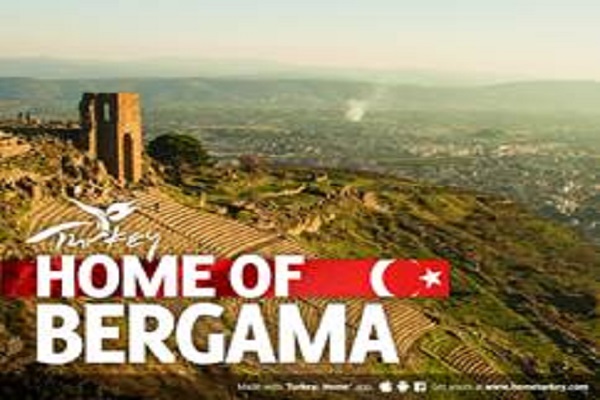 Bursa and Cumalikizik as 'The Birthplace of the Ottoman Empire', and Izmir's Pergamon and its 'multi-layered cultural landscape' have been added to UNESCO’s World Heritage List at the recent 38th World Heritage Committee meeting held at Qatar's National Congress Centre in Doha.

With the addition of Bursa and Pergamon, Turkey now has 13 cultural and mixed locations listed as World Heritage sites under UNESCO's Convention Concerning the Protection of the World Cultural and Natural Heritage (1972) which has been ratified by 191 countries. The other 11 sites listed are the Historic Areas of Istanbul, the Great Mosque and Hospital of Divrigi, Hattusha, Mount Nemrut, Xanthos-Letoon, Troy, Goreme National Park and Cappadocia, Hierapolis-Pamukkale, the City of Safranbolu, the Selimiye Mosque and its Social Complex and the Neolithic Site of Catalhoyuk.

Bursa is the Ottoman Empire's first capital and contains many historical remains from the Empire's founding years, as well as many industrial and natural attractions. The 700-year-old village of Cumalikizik is significant in that it has many Ottoman-period buildings that are in a good state of preservation. Bursa and Cumalikizik are good examples of commercial culture and Ottoman lifestyle whereby rural living continues close to the city. The 'Bursa and Cumalikizik: the Birth of the Ottoman Empire' World Heritage Site includes six areas: the Orhan Ghazi Kulliye and its surroundings including the Quarter of Hans, the Hudavendigar (Murad I) Kulliye, Yildirim (Beyazit I) Kulliye, Green (Mehmet I) Kulliye, Muradiye (Murad II) Kulliye and the Cumalikizik village itself.

Izmir’s Bergama (Pergamon) is the second new location to be added as a World Heritage Site. Bergama, a gateway to history with its cultural heritage and richness, was known as Pergamon in ancient times and is considered one of the most important centres for culture and arts of the Hellenistic period. Pergamon was a major centre of learning in the ancient world and home to one of the biggest libraries of the Hellenistic period; thus it has been listed in the category of 'cultural landscape'. The city contains layers and remains from the Hellenistic, Roman, East Roman and Ottoman period, while ancient Pergamon consists of nine sites including the acropolis, seven tumuli or burial mounds and the rock-cut Kybele Holy Site.

Turkey is a country of unique historic and cultural wonders; home to a further 52 cultural sites on UNESCO’s Tentative World Heritage List, comprising 49 in the cultural, two in the mixed (cultural/natural) and one in the natural category.