A man wanted in connection with the terror attacks at Brussels airport was arrested Wednesday, Belgian media reported. 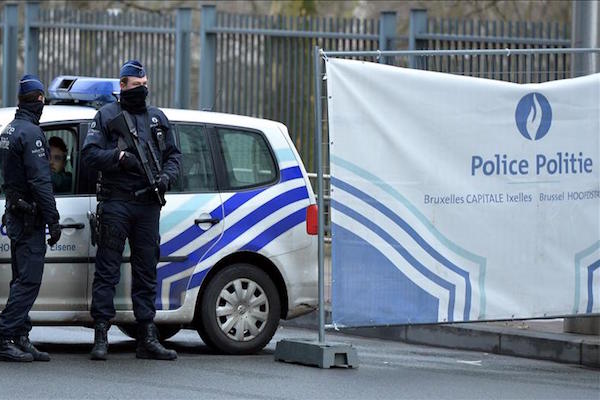 Najim Laachraoui was arrested in the Anderlecht neighborhood of the capital, the DH newspaper said on its website.

He is said to be one of three suspects pictured at Zaventem airport moments before two explosions killed dozens. The other two suspects have been identified as brothers Khalid and Brahim el-Bakraoui by the Belgian media. They are thought to have been killed in the explosions

The blasts and another at Maelbeek metro station on Tuesday morning left at least 30 dead and hundreds injured, according to officials.

The broadcaster RTBF reported the brothers were known to police for links to organized crime rather than terrorism. One, Khalid, rented an apartment in the Brussels suburb of Forest, which the police raided last week.

During the raid a suspect was killed and it led to the arrest of Saleh Abdeslam, who had been wanted in connection with November’s Paris attacks, on Friday.

According to the government crisis center, 10 were killed at the airport and 20 at the metro station.

Daesh has claimed responsibility for the attack through a news agency linked to the group.