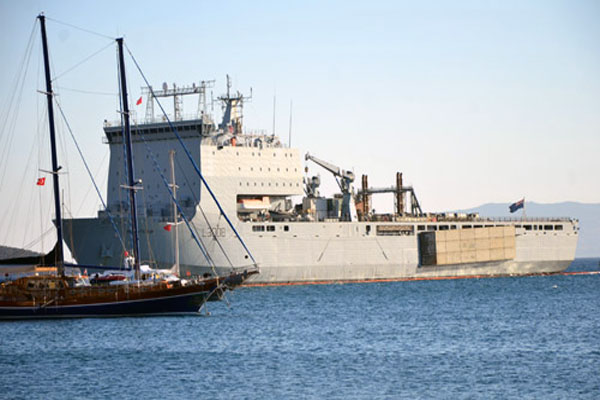 The ship, docked at a Bodrum port, is set to remain in position until Sept. 16. British soldiers are on post in the inside section of the ship, while Turkish personnel of the Police Directorate is keeping watch on the outside. Mounts Bay soldiers were spotted around town in Bodrum and on Kumbahçe shores, enjoying time off. No further details regarding the route of the ship have been revealed so far, but the Bodrum stop was reportedly scheduled prior to the docking.