first air strikes against so-called Islamic State in Syria, the Ministry of Defence has confirmed. 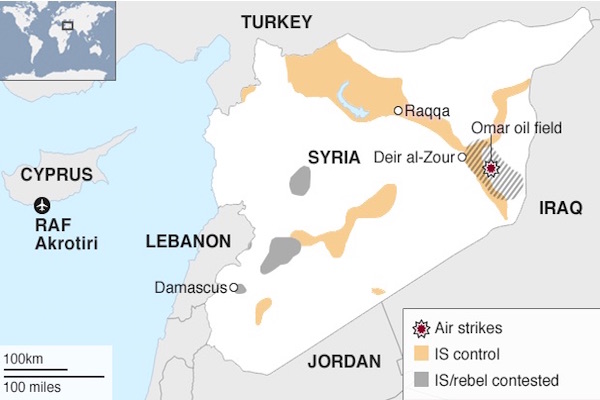 RAF Tornado jets have carried out their first air strikes against so-called Islamic State in Syria, the Ministry of Defence has confirmed Four Tornados from RAF Akrotiri in Cyprus took part in the operation soon after MPs voted to approve bombing. The strikes targeted the Omar oil fields in eastern Syria, which is under IS control, and were "successful", Defence Secretary Michael Fallon said. had personally approved the targets ahead of the Commons vote, he said. MPs overwhelmingly backed UK military action against IS - also known as Daesh - in Syria, by 397 votes to 223, after a 10-hour Commons debate on Wednesday Mr Fallon said the MoD would be assessing the damage done by the bombing later, but the aim was to strike "a very real blow on the oil and revenue on which Daesh depends". bbcnews