UK Prime Minister Boris Johnson has a new son as his fiance gave birth on Wednesday. 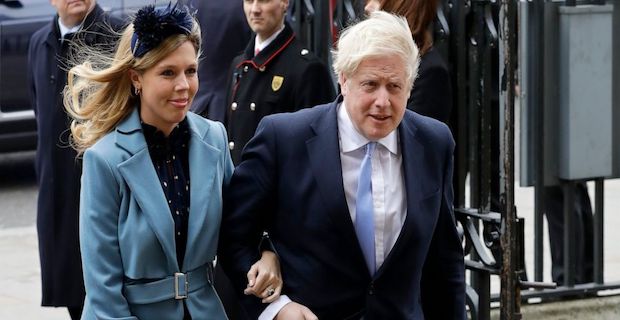 AVRUPA - UK Prime Minister Boris Johnson has a new son as his fiance gave birth on Wednesday. A Downing Street spokesperson said: “The Prime Minister and Ms Symonds are thrilled to announce the birth of a healthy baby boy at a London hospital earlier this morning. Both mother and baby are doing very well. “The PM and Ms Symonds would like to thank the fantastic NHS maternity team.” Johnson, 55, and his fiance Carrie Symonds, 32, announced their engagement in February and that they were expecting a child. The birth came days after Johnson recovered from a stay at hospital, and the ICU, himself after falling ill to coronavirus. Johnson was admitted to intensive care in a London hospital after his health situation deteriorated rapidly but after his full recovery he went back to office on Monday this week. Johnson is the great-grandson of Ali Kemal, an Ottoman journalist and politician who served as the interior minister in Damat Ferid Pasha’s government in the first quarter of the 20th century.

Keywords:
Boris JohnsonUK Prime Minister
Your comment has been forwarded to the administrator for approval.×
Warning! Will constitute a criminal offense, illegal, threatening, offensive, insulting and swearing, derogatory, defamatory, vulgar, pornographic, indecent, personality rights, damaging or similar nature in the nature of all kinds of financial content, legal, criminal and administrative responsibility for the content of the sender member / members are belong.
Related News