Tanker seized in July amid rising tensions between US and Tehran 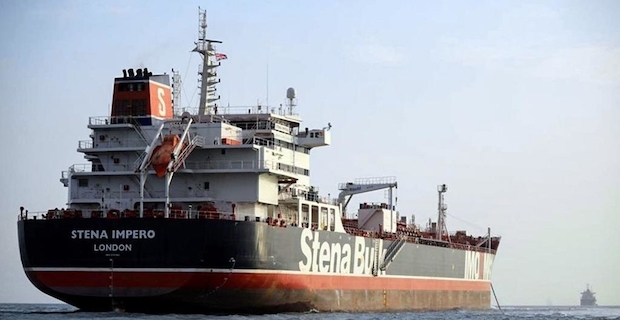 "[..] the ship's commander and crew had made a formal and written commitment that they had no claim," the news agency said.

On Monday, Iranian government spokesman Ali Rabiei said that the oil tanker was free to complete its voyage.

On July 19, the Iranian authorities seized the British oil tanker in Gulf waters "for not falling in line with maritime rules".

The seizure took place amid rising tensions between Iran and the U.S. after Washington backed out of a deal to curb Tehran's nuclear program and reimposed sanctions.

Tensions have risen since with the U.S. accusing Iran of attacking Saudi oil production facilities on Sept. 14 and announcing the deployment of an unspecified number of troops to Saudi Arabia.

Keywords:
British Oil TankerOil Tanker
Your comment has been forwarded to the administrator for approval.×
Warning! Will constitute a criminal offense, illegal, threatening, offensive, insulting and swearing, derogatory, defamatory, vulgar, pornographic, indecent, personality rights, damaging or similar nature in the nature of all kinds of financial content, legal, criminal and administrative responsibility for the content of the sender member / members are belong.
Related News