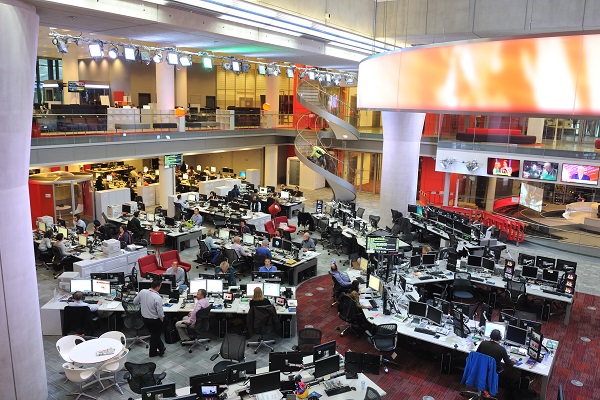 The day began with a lively discussion with the Controller, Languages, (World Service Group), Liliane Landor. Representatives of the community were encouraged to share their views on how to improve the language websites, in order to better service their communities.

The open day also included a special tour of the BBC.  The group was given a behind the scenes look at the BBC’s newsrooms and studios, giving individuals a real insight into the production and preparation of popular news programmes before they go to air.

Commenting on the open day, Liliane Landor says: ‘I am very pleased with the success of the open day. It was a huge bonus to be able to meet with members of the various communities; they gave us wonderful insight and feedback on our language services websites. It was a very useful exercise for the teams and for me personally to be able to spend some time with them and exchange views. I am grateful to everyone who took the time to come down and hope they had an enjoyable experience. There is a great deal we can do together.’

The BBC World Service is one of the world's largest international broadcasters with a weekly audience of 192m, broadcasting news and a wide range of documentary and current affairs programmes in 27 different languages.  The services, which were initially only radio broadcasts, now, have their own dedicated websites, which have become a primary source of both international and country specific news for immigrant communities around the world, keeping them connected and in touch with political, social and cultural developments.