The former Prime Minister, who held office from 1979 to 1990, described her domestic life at Downing Street as "living over the shop", 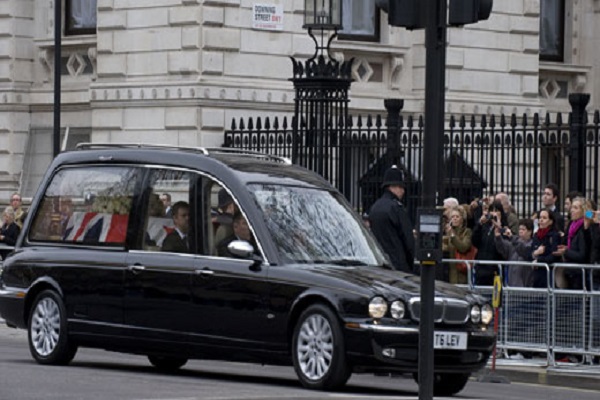 The funeral service began at 11am on Wednesday 17th April – was marked by a single half-muffled bell toll as the cortege arrived. The St Paul’s Cathedral Guild of Ringers rang ‘Stedman Cinques’ with the Cathedral’s bells half-muffled, for about 30 minutes.

The former Prime Minister, who held office from 1979 to 1990, described her domestic life at Downing Street as "living over the shop", recalling her early years living above her father's grocers shop in Grantham, Lincolnshire.

"Mrs Thatcher was very generous to the staff and made sure we were looked after. Sometimes if it had been a very long day she asked us to eat with her. We called her the 'mother hen'."

“Mrs Thatcher loved the garden, and after she left office she came to a reception at Number 10. She was walking in the garden by the roses with then-Prime Minister Tony Blair and I introduced myself to her.
“With her keen eye for detail, the first thing she said to me was: “What have you done with my roses?”. This was because after she had left we replaced the roses with the hardier David Austin variety.
“She loved roses, so much so, that a former gardener picked a rose for her every day to go in her study. She also liked Downing Street to be decorated with house plants.
“When she left office I remember us all clapping her out and her crying. She then composed herself and walked out.”
Published on http://www.number10.gov.uk
Your comment has been forwarded to the administrator for approval.×
Warning! Will constitute a criminal offense, illegal, threatening, offensive, insulting and swearing, derogatory, defamatory, vulgar, pornographic, indecent, personality rights, damaging or similar nature in the nature of all kinds of financial content, legal, criminal and administrative responsibility for the content of the sender member / members are belong.
Related News