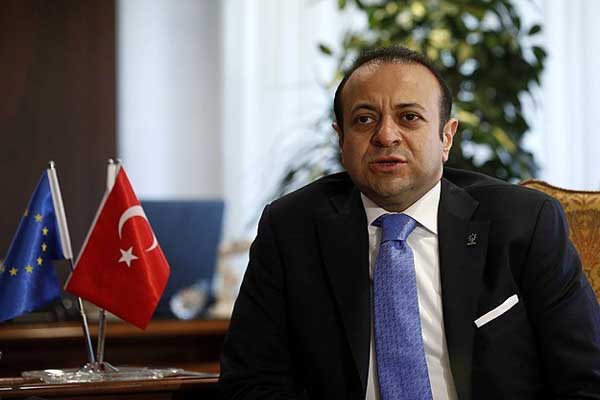 Turkish Minister for EU Affairs and Chief Negotiator Egemen Bagis said on Sunday a new UN plan or maybe a so called Ban Ki-moon plan would be shaped in regards to Cyprus.

Bagis stressed that solution in the Cyprus issue would provide Turkey the opportunity to open 12 chapters in its EU accession process.

"If Cyprus issue would be solved, Turkey is at the point to open 12 chapters for its EU talks, and also to fulfill the requirements for 10 of them shortly after opening." said Bagis.