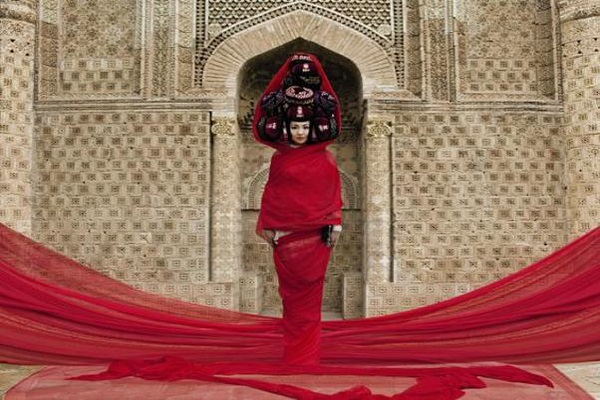 CONTEMPORARY ART FROM ISTANBUL TO KABUL

SOTHEBY’S SHOWCASE OF CONTEMPORARY ART FROM

developed in tandem over centuries of shared history, politics, trade and language. While the

from a rich history of artistic practices dating back to antiquity. Reaching from the shores of the

Black Sea, to the Russian Steppes and the Afghan Baba mountains, countries throughout the region

have shared elements of cuisine, national costume and folk music for centuries. The Great Silk

Route not only generated trade and business, but left a legacy of shared culture and visual arts

which is still enjoyed today.

Farid Akhundov, CEO of PASHA Bank said: ““As an Azerbaijani and regional corporate bank we are

immensely proud of our partnership with Sotheby’s “At the Crossroads 2” exhibition. Historically,

Azerbaijan is located right at the crossroads of the Silk Route, playing the role of a commercial and

cultural bridge between the East and the West. As a bank we have taken this very mission into the

financial sector: we have built our platform on our trade traditions yet, at the same time, we bring

in the best practice and technologies from both sides of the world.

cultural heritage of the countries we operate in. “At the Crossroads 2” is a perfect opportunity to

raise the profile of the talented artists from the region.”