At least 19 killed in knife attack near Tokyo 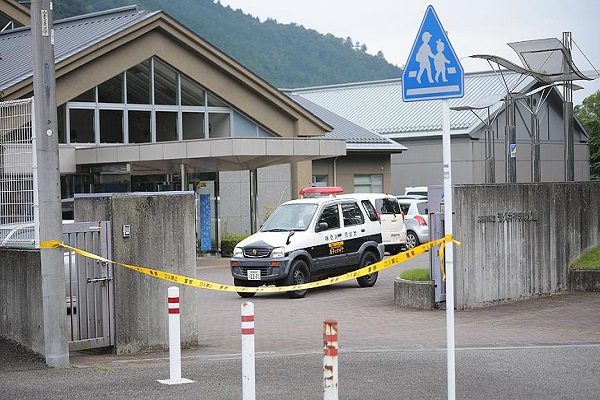 Japanese news agency Kyodo reported that a knife-wielding man had attacked the Tsukui Yamayuri En facility in Sagamihara, Kanagawa Prefecture, early Tuesday (late Monday GMT) when most of the patients would have been sleeping.

A 26-year-old former employee of the facility reportedly turned himself in to a local police station around 3 a.m. (1800GMT Monday) where he was promptly arrested on suspicion of murder.

Police have said that of the 25 injured, 20 are in a serious condition.

Satoshi Uematsu, who worked at the facility from December 2012 until February this year, has admitted to the attack with police quoting him saying “it’s better that the disabled disappear.”

Kyodo cited Sagamihara’s city authority as saying that local police had questioned him Feb. 19 for telling co-workers that he would "kill the disabled".

According to investigative sources, he allegedly also attempted to submit a letter to the speaker of parliament’s lower house in which he wrote "I am able to kill people" -- only to be committed by involuntary admission to a mental hospital until March.

The death toll, at 19, makes it the largest mass murder in modern Japanese history, even more than the infamous 1995 sarin nerve gas attack on the capital’s subway system which killed 12.

There have been two other serious attacks using knives (it is almost impossible to obtain a gun in Japan).

In June 2001, a man armed with a kitchen knife broke into an elementary school in Osaka and killed eight children.

In 2008, an assailant drove a truck into a crowd in Akihabara section of Tokyo, and then got out and stabbed others, totaling seven dead.