Army fires on crowd in Egypt

The Egyptian army has opened fire on a crowd protesting the military coup which ousted elected President Mursi. 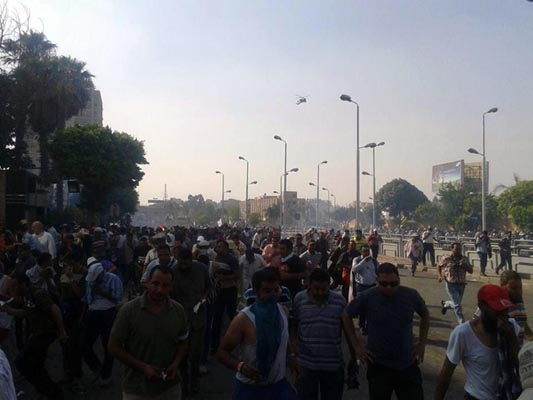 At least four people were killed when Republican Guards fired at protestors demanding the return of deposed President Mohammad Morsi in Cairo.Thousands of supporters of the Islamist president staged protests on Friday to call for the Islamist president to be reinstalled.Protestors marched from the Rabaa Al Adawia square in Nasr City to the Republican Guards headquarters, where Morsi is being held.Morsi, a member of the Muslim Brotherhood, was ousted by the army on Wednesday after massive protests against his regime.