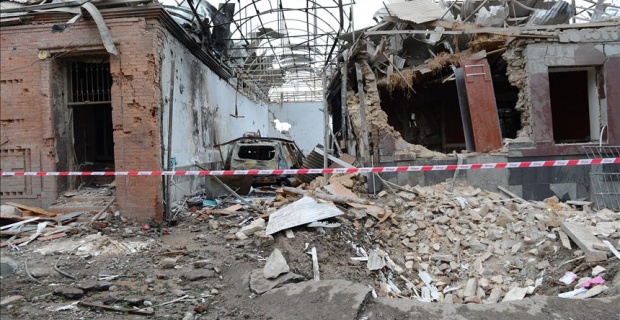 Azerbaijan’s armed forces have so far liberated 22 settlements from the Armenian occupation amid ongoing border clashes in Upper Karabakh, the Turkish Defense Ministry said on Monday.Fighting began on Sept. 27 when the Armenian forces targeted civilian Azerbaijani settlements and military positions in the region, leading to casualties. "According to information from reliable Azerbaijani sources, a total of 22 settlements have been liberated from occupation so far in the operation launched by Azerbaijani Armed Forces to reclaim occupied territories," the ministry said.

The Armenian army also targeted Azerbaijan's Horadiz city in the Fizuli region, some villages in the Agjabedi region, the Tartar city and its villages, as well as Goranboy and Goygol regions, the Azerbaijani Defense Ministry said in another statement.  Additionally, an attack was carried out from the Berd region of Armenia to Ganja, the second largest city of Azerbaijan.

Relations between the two former Soviet republics have been tense since 1991, when the Armenian military occupied Upper Karabakh, an internationally recognized territory of Azerbaijan.Multiple UN resolutions, as well as many international organizations, demand the withdrawal of the invading forces.The OSCE Minsk Group -- co-chaired by France, Russia and the US -- was formed in 1992 to find a peaceful solution to the conflict, but to no avail. A cease-fire, however, was agreed upon in 1994.Many world powers, including Russia, France and the US, have urged an immediate cease-fire. Turkey, meanwhile, has supported Baku's right to self-defense.

Keywords:
Armenian ForcesAzerbaijani CitiesBeylaganBardaTartarHoradiz CityFizuli RegionMinsk Group
Your comment has been forwarded to the administrator for approval.×
Warning! Will constitute a criminal offense, illegal, threatening, offensive, insulting and swearing, derogatory, defamatory, vulgar, pornographic, indecent, personality rights, damaging or similar nature in the nature of all kinds of financial content, legal, criminal and administrative responsibility for the content of the sender member / members are belong.
Related News