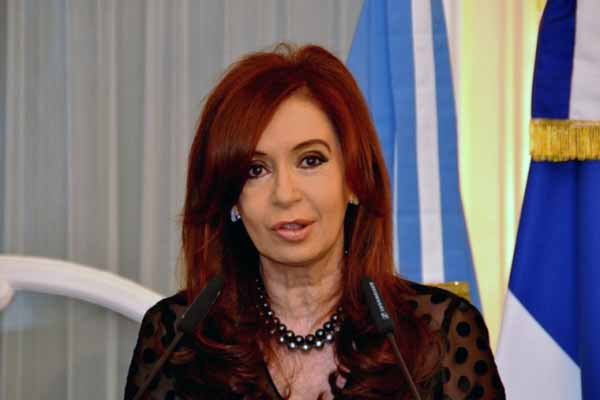 Argentina has warned Israel to ensure the protection of an Argentine priest caring for a group of disabled children in the Gaza Strip as Israeli forces continue their onslaught against Palestinians in the territory. The warning was made as concern grew for priest Jorge Hernandez and the 30 children and nine elderly people he cares for with a team of six nuns. Argentine President Cristina Fernandez de Kirchner said on her Twitter account late on Wednesday: "Israel is responsible for the safety of priest Jorge Hernandez and those people in his care. "A worsening of the situation of these people will have severe consequences for bilateral relations." Her comments came after Argentine Foreign Minister Hector Timerman said in a statement Wednesday that he had called in Israel’s ambassador to Argentina, Dorit Shavit, to inform him of the country’s opposition to civilians being killed in the incursion and to emphasize the Israeli government's responsibility to protect Argentine citizens in Gaza. He said the Israeli government must also ensure the parish received sufficient supplies of food, water and electricity, according to the statement.

Argentine newspaper Clarin reported Tuesday that Israeli bombs had hit the parish and destroyed the nuns' home, a school and an office.

There were no injuries reported, and Hernandez has said that he will not evacuate his parish, Clarin reported.