According to Kirby, the U.S. spared no effort in "negotiating and attempting to implement an arrangement with Russia" to reduce violence in Syria 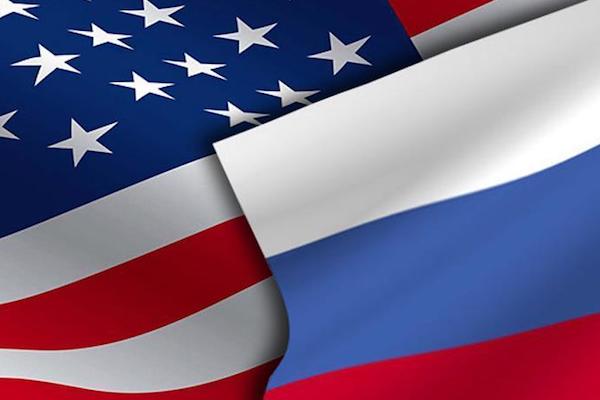 WASHINGTON-The U.S. is suspending its cooperation with Russia over maintaining a cease-fire agreement to end violence in Syria, a spokesman said Monday. "The United States is suspending its participation in bilateral channels with Russia that were established to sustain the Cessation of Hostilities," State Department spokesman John Kirby said in a written statement. "This is not a decision that was taken lightly."

According to Kirby, the U.S. spared no effort in "negotiating and attempting to implement an arrangement with Russia" to reduce violence in Syria, to provide humanitarian access to besieged towns in the war-torn country and to defeat Daesh and al-Qaeda operating there.

Kirby also accused Russia of failing to live up to its commitments under international law and UN Security Council Resolution 2254 that seeks a cease-fire and political solution for Syria and its obligations to make sure Syrian President Bashar Assad abides by the cease-fire deal.

"Rather, Russia and the Syrian regime have chosen to pursue a military course, inconsistent with the Cessation of Hostilities, as demonstrated by their intensified attacks against civilian areas, targeting of critical infrastructure such as hospitals, and preventing humanitarian aid from reaching civilians in need, including through the Sept. 19 attack on a humanitarian aid convoy," Kirby said.

He added that the U.S. would continue to utilize the channel of communications established last year with Russia to de-conflict counterterrorism operations in Syria.

The State Department said it was not “the end of multilateral engagements through the U.N. or through the ISSG [International Syria Support Group].

"We are open to working towards our end goals on that through multilateral efforts. What ended today was the bilateral engagement,” spokeswoman Elizabeth Trudeau said during a press briefing.

Saying that U.S. and Russian officials met through the weekend to discuss Syria, Trudeau added that the U.S. believed it did its part to achieve the cease-fire deal.

On the other hand, Trudeau said Russia's withdrawal from the bilateral Plutonium Management and Disposition Agreement (PMDA) with the U.S. should not be linked to the U.S. suspension of talks on the Syrian ceasefire.

Earlier Monday, Russian Foreign Minister Sergey Lavrov said Moscow decided to suspend the PMDA with the U.S. as a "forced measure". Lavrov added that U.S. has recently taken a number of "unfriendly steps" toward Russia.

PMDA, signed in 2000, was considered as a key sign of bilateral cooperation between the two countries, which came into effect in 2011.

According to the agreement, Washington and Moscow committed themselves to dispose each 34 tons of plutonium - an element which can be used for nuclear weapons.