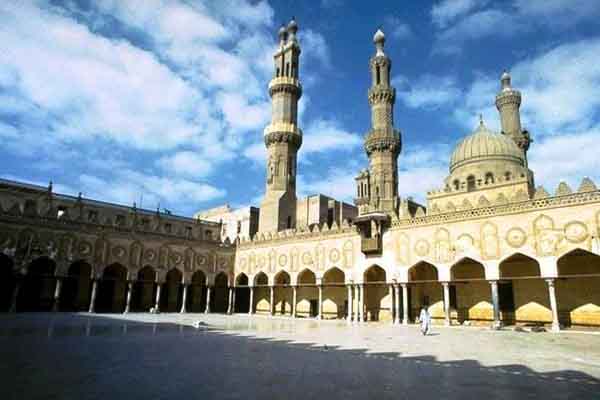 Egypt's leading religious authority warned of "civil war" on Friday and called for calm after a member of the ruling Muslim Brotherhood was killed ahead of mass rallies aimed at forcing the president to quit. "Vigilance is required to ensure we do not slide into civil war," the Al-Azhar clerical institution said in a statement reported by state media. It blamed "criminal gangs" who attacked mosques for street violence. Clashes linked to the political tensions have killed five and wounded scores in the recent days. The Brotherhood said all those killed were Mursi supporters, though this could not be independently verified. The ancient Cairo academy, which traditionally maintains a distance from the political establishment, also urged opponents of Islamist President Mohamed Mursi to accept his offer of dialogue rather than pressing on with plans for demonstrations.

Welcoming an offer by Mursi on Wednesday to include the fragmented opposition in committees to review the constitution and promote national reconciliation, senior Al-Azhar scholar Hassan El-Shafei said they should accept "for the benefit of the nation instead of the insistence on confrontation".

Opposition leaders dismissed Mursi's offer as a repeat of suggestions they say have gone nowhere because the Brotherhood refuses to dilute its power.

Their supporters will gather in Cairo's Tahrir Square, site of the 2011 revolution, and in other cities on Friday and plan mass rallies on Sunday, when Mursi will complete his first year in office. The Brotherhood will gather supporters after Friday prayers near a mosque in northern Cairo to show their strength.

The movement said one of its members was shot dead and four wounded in an attack on a provincial party office in the Nile Delta city of Zagazig overnight and blamed anti-Mursi activists, which it portrays as an alliance of liberals and loyalists of ousted dictator Hosni Mubarak.

The army has urged both sides to reconcile and has warned that it could step back in to impose order if violence spins out of control - though it insists it will defend the democracy born out of the uprising against Mubarak in early 2011.

Mursi and the Brotherhood accuse loyalists of the old regime of being behind violence and of thwarting their efforts to reform an economy hobbled by corruption. Opponents say the Islamists, who have won a series of elections against a diffuse opposition, of seeking to entrench their power and impose Islam.

In a speech on Wednesday, Mursi denounced his critics but admitted some mistakes and offered talks to ease polarisation in politics that he said threatened Egypt's new democratic system.

But opposition leaders said their protests would go ahead.

"Dr. Mohamed Mursi's speech of yesterday only made us more determined in our call for an early presidential vote in order to achieve the goals of the revolution," the liberal opposition coalition said after its leaders met to consider a response.

"We are confident the Egyptian masses will go out in their millions in Egypt's squares and streets on June 30 to confirm their will to get the Jan. 25 revolution back on track."