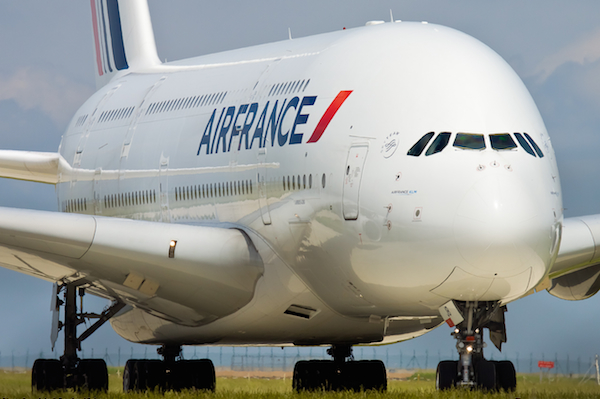 The French government urged Air France Wednesday to "temporarily" suspend flights to Sierra Leone's capital, Freetown, over fears of an Ebola outbreak that has gripped the country and killed some 1,400 people in West Africa.
"Given the evolution of the epidemic and the situation of the health system... authorities recommend to Air France company to temporarily suspend its services to Freetown," read a report from a French ministerial meeting. The government also recommended its nationals avoid Sierra Leone and Liberia. The company did not answer its phones when approached for comment. Last week, a French trade union called on Air France cabin crew to refuse to board planes to Ebola hit countries. Other international airlines, such as British Airways and Emirates, have already stopped their services. The Ebola virus, a form of hemorrhagic fever, was detected in January in the hinterlands of Guinea. A contagious disease, for which there is no known treatment or cure, it has claimed some 1,400 lives across West Africa, especially in Guinea, Liberia and Sierra Leone. According to the World Health Organization (WHO), Ebola has to date infected a total of 910 people in Sierra Leone, of which 392 have reportedly died. On Tuesday, WHO reported that it had shut a laboratory in Sierra Leone and withdrawn staff after a health worker was infected. The WHO describes the Ebola virus disease, which has a fatality rate of up to 90 percent, as "one of the most virulent."
The infection is transmitted by direct contact with the blood, body fluids and tissues of infected animals or people.