53 killed by a bomb blast at a hospital in Pakistan 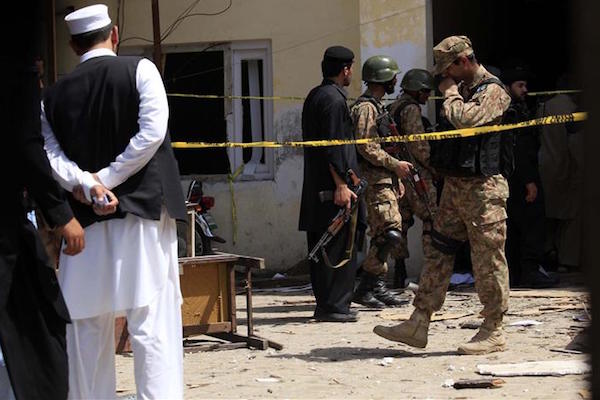 At least 53 people have been killed and dozens injured by a bomb blast at a hospital in southwestern Pakistan Monday, local channel Geo TV reported.

The explosion hit moments after a group of lawyers brought in the body of colleague Bilal Kasi, the president of the Balochistan Bar Association, after he was shot dead by unknown assailants in Quetta earlier in the morning.

Most of the dead and injured were lawyers, Anwar ul-Haq, a spokesperson for Balochistan state government, told reporters.

Irfan Saeed, an eyewitness, told Anadolu Agency the blast occurred in the midst of a crowd gathered outside the hospital's emergency ward. He said several bodies were lying on the hospital floor as staff ran for safety after the blast.

Prime Minister Nawaz Sharif called the blast "cowardly" and pledged his government and security forces will continue their attempts to defeat militants based in the country.

The local government declared a state of emergency and prepared to transfer the injured to private hospitals.

No group has claimed responsibility though similar attacks have frequently been claimed by the Taliban.