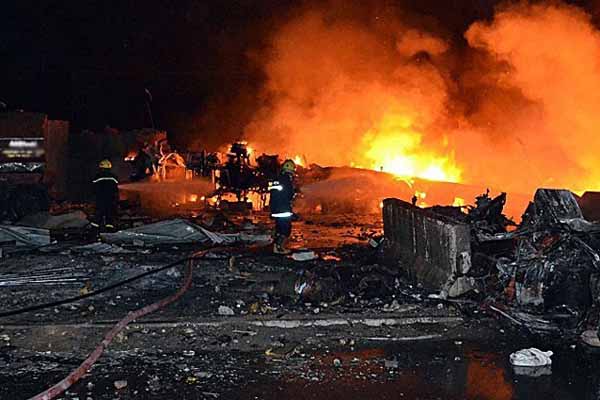 The death toll from a gas explosion in Taiwan's south-western Kaohsiung city has climbed to 24, the day after a blast ripped through the area's Cianjhen district.  China's official Xinhua news agency reported Thursday that more than 271 people were also injured in the explosion, which affected a 3 km-square area. Firefighters had said that gas leaks were reported in Cianjhen at around 8:46 p.m. Many people are reported to have been injured after they fell into crevices and holes after the road surface collapsed in the blast. Kaohsiung is an important industrial and logistical center. It has the country's largest harbour, and is the second most populous city after New Taipei. A statement by the city government had said the dead included several fire fighters. The cause of the gas leak is still under investigation.