The vessels had been trying to break Israel's blockade of the Gaza Strip. 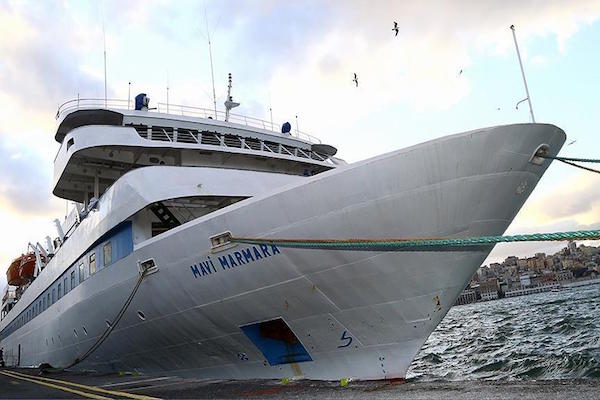 AVRUPA TIMES/ANKARA-Turkey and Israel are holding talks to normalize relations more than five years after Israeli troops stormed a Gaza-bound aid flotilla in international waters, Turkish diplomatic sources confirmed on Thursday.Asked about Israeli media reports suggesting that an agreement had been reached, diplomatic sources told Anadolu Agency on condition of anonymity that negotiations were continuing. The parties were aiming to reach a conclusion as soon as possible, on conditions previously announced by Turkey, the sources added.

According to Turkish Prime Ministry sources, the contact between Ankara and Tel Aviv had been going on for some time.

"No final agreement was reached during the talks between Turkey and Israel but the talks continue in a positive way," they added.

In 2010, six civilian ships in a humanitarian aid flotilla were attacked in international waters by Israeli forces.

The vessels had been trying to break Israel's blockade of the Gaza Strip.

Nine Turkish citizens were killed and 30 other people injured, including one person who died nearly four years after being critically injured in the attack.

Turkey had requested an apology from Israel, compensation for the families of those killed in the attack as well as the removal of Israel’s blockade on Gaza.

The first of these conditions was fulfilled in 2013 when Israeli Prime Minister Benjamin Netanyahu apologized to then Turkish Prime Minister Recep Tayyip Erdogan for the attack.

However, the two countries had not resolved whether, nor how much, compensation should be paid to the families of the victims.

Turkish presidential spokesman Ibrahim Kalin told reporters on Dec. 9: “If the Israeli side takes steps in this regard, we, of course, will take the necessary steps in accordance.”

The raid on the flotilla raised tensions between Israel and Turkey, which recalled its ambassador from Tel Aviv. AA English