THE JOURNALISTS WORKING TO BROADCAST HALEP'S VOICE TO THE WORLD 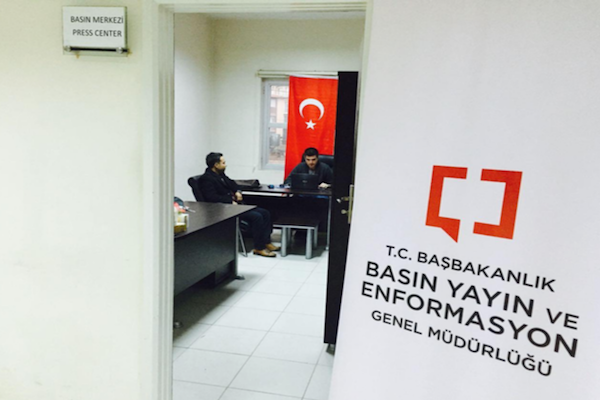 As of Friday, there have been 36 national and 12 international media institutions broadcasting at ground zero of the border. All measures have been taken against the prevailed increase in intensity of journalists. In addition to the press centre in Reyhanlı, a logistics support Truck has also been put into service for electricity and internet connection needs in cooperation with DGPI and Prime Ministry Disaster and Emergency Management Presidency (AFAD) at the Cilvegözü border gate. DGPI continues to provide the necessary means to all the press members who are trying to cover the issues such as the interruption of the evacuation of civilians, the transport of aid convoys and the response of medical teams to the affected area.

During this period, teams of Turkish Radio Television Corporation (TRT) and TRT World have been taken to the Syrian side with the coordination of DGPI. High-level bureaucrats representing the institutions are brought together with the press members to continue the flow of information without interruption. DGPI will continue to serve as a facilitator for the journalists as long as they are in the region.